The University of Botswana Academic and Senior Support Staff Union (UBASSSU) and University of Botswana Staff Union (UBSU) in solidarity with the National Amalgamated Local, Central Government & Parastatal Workers Union (NALCGPWU) last Thursday declared a motion of no confidence on Deputy Vice Chancellor Mendel Nlanda, Human Resources Director Lucy Machiba and Legal Services Deputy Director Goitsemang Taunyane over several grievances- including what they referred to as ‘duplicitous’ and ‘dishonest’ dealings between UB management and trade unions at the Joint Negotiating Committee forum (JNC).
According to the petition signed by UBASSSU Chairman Dr Kaelo Molefe, UBSU President Gadzani Mhotsha and NALCGPWU’s Simon Kgaoganang, the Executive committee of UBASSSU met with the University management on 3rd March and subsequently with the University Council on 6th April where issues of concern to all parties were discussed, especially people management related concerns which have plagued and hampered the fulfilment of UB’s mandate. ‘‘Importantly, we highlighted to management our new approach in dealing with them, underpinned by cooperative and cordial relations away from the adversarial interactions that had become the defining aspect of labour relations in UB over the previous five years since 2011,’’ reads the petition which this publication is in possession of.
The petition further states, that at the heart of the new approach in managing industrial relations at the university is that good faith will be the guiding principle in the union’s dealings with management. The petitioners reminded the university’s management that a call was made during the meetings for management to respect the union parties as important players in the people management operations in the institution as provided for in the collective labour agreements.
‘‘Recent developments, however, suggest that management is failing to uphold our shared values, principles and collective labour agreements. Disturbingly, a culture of dishonesty, deceitfulness and lies is surely institutionalising in the way management engages us on the university’s people management business,’’ continues the petition.
The petitioners accuse university management of among other things, misrepresentation of Joint Negotiating Committee mutual decisions and proceedings at higher structures of UB governance. To illustrate this, the petition notes that in 2016, the Director of Public Service Management (DPSM) issued a Circular Savingram dated 30th May 2016 reinstating Directive No. 4 of 2016 on inflationary adjustment of salaries to certain Public Officer cadres, which was suspended on 29th April 2016.
The said directive offered a 3% salary adjustment and related allowances increase across the board.  DPSM further issued Directive No. 4 of 2017 which also offered public officers of certain cadres a 4% inflationary adjustment of salaries and allowances across the board. ‘‘As is the norm, a discussion on salary adjustment to ratify the directives ensued between UBASSSU – UBSU pact and management. We reached a common position with management at the JNC meeting on 22nd August on the issue of 7 percent inflationary adjustment to UB salaries- that given the fact that such funds were not available, that the matter be taken to the Human Resources Committee of Council (HRC) to seek advice and resolution, before the matter could be subsequently tabled before Council for approval or lack thereof,’’ part of the petition reads. The petition goes on to explain that the expectation was that council, following its 8th September 2017 meeting will use its powers to contact relevant authorities with a view to source funding for the 7 percent inflationary adjustment to the UB salaries.
‘‘We were shocked to learn that the matter reached the 208th Council meeting just for noting (purporting that there was deadlock between us and management). We consider the act of management as lacking on the principle of good faith and fraudulent at its best. It was inaccurate and misleading for management to inform council that there was a deadlock between the unions and management,’’continues the petition. The unions therefore resolved to declare a motion of no confidence on three top UB officials, Nlanda, Machiba and Taunyane on accusations of complicity and misrepresenting the position of the unions at the JNC, a higher decision-making structure.
In the petition, the unions gave UB management seven working days to comply with their demands which include that Government Directives No. 4 of 2016 and No.4 of 2017 be ratified with immediate effect to pay UB employees the cumulative 7% salary inflation adjustment. The unions have instructed that the council should be asked to set aside ‘‘the fraudulently approved Staff Grievances Policy and Procedures (SGPP)’’.
Lastly the unions demand that Deputy Vice Chancellor (Finance and Administration) Mendel Nlanda, Human Resources Director Lucy Machiba and Legal Services Deputy Director Goitsemang Taunyane be charged for serious/gross misconduct and be summoned for disciplinary action promptly. 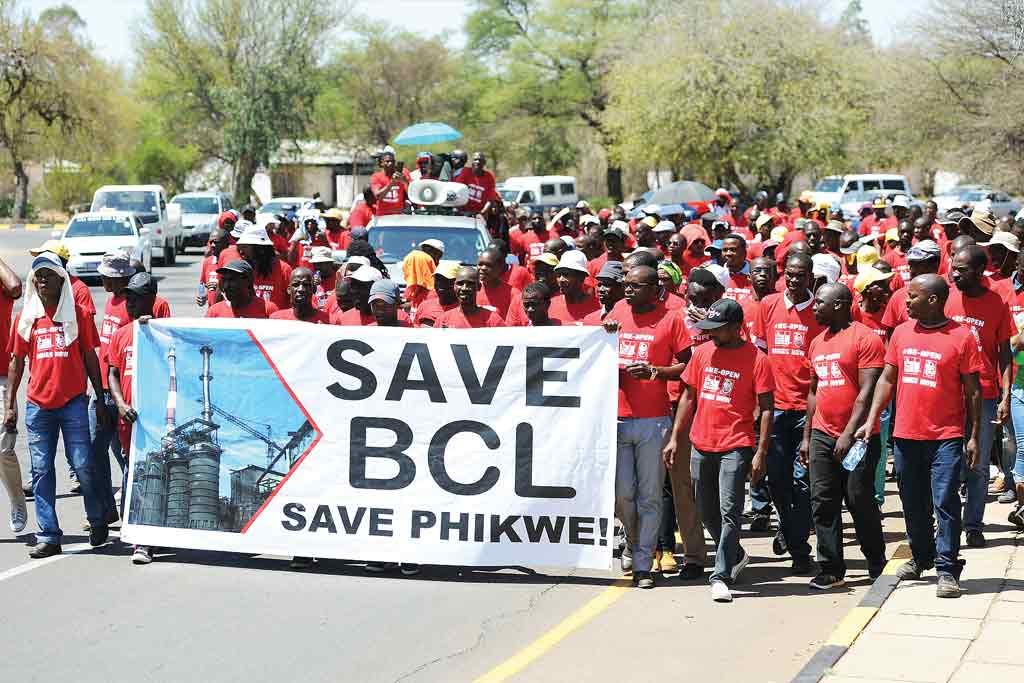