The relationship between Sir Ketumile Masire – Rra Gaone – and the Olsen family stretches back more than 40 years, to 1973 when he was given a lift in the back of the Olsen’s mini-van from London Airport where an angry  Masire had been stranded with no money.
The front seat was occupied by Jean Mooketsi whom the Olsens had picked up at the airport but Masire insisted in sitting crouched up in the back with the Olsens’ eight-year-old son with whom he chatted all the way to his hotel.
At the time Masire was Vice President but this anecdote shows his sense of unpretentiousness which characterised his unassuming nature throughout his presidency. Nowhere was this more demonstrated than when he addressed freedom square meetings, where many things were said to which he never took offence.
However, the relationship between Sir Ketumile Masire – Rra Gaone – and The Gazette started in 1992. The paper was – and still is – controlled by the Olsen family. In its July 15th 1992 issue the printers in South Africa had swopped the picture of the President with that of a “Bo Bashi” rummaging in a dustbin which they captioned as President Masire!
As soon as this deliberate change aimed at insulting our head of state was spotted, copies of the paper already distributed to outlets were withdrawn and the front pages destroyed with a correct front cover being printed by Printing and Publishing Company owned incidentally by another Gazette shareholder Satar Dada.
However, by this time the word had got out with allegations that Government had seized the Gazette for printing an anti-BDP story about a split in the party (how things stay the same!!!). The Gazette offices – which at this time were housed in a property behind Tsholetsa House (also owned by the BDP) – were stormed by members of the BNF led by the late Klaas Motshidisi demanding copies of the original paper.
By mid-afternoon, a new cover had been printed and the paper was ready for re-distribution. An extremely nervous team from the Gazette led by Chairman of the company Peter Olsen, with the then Editor Alfred Mulenga and General Manager Scholar Puso went to the Office of the President to apologise directly to President Masire for the error.
Instead of being angry, as had been anticipated, with Alfred Mulenga worried that he was going to be deported – President Masire listened patiently to the explanation and said words to the effect “As a former journalist, I am aware mistakes can be made. However, I suggest you change your printers!!!” Which indeed the Gazette did and since then it has been printed in Botswana.
Although the Gazette has had a relationship with members of the ruling party – the late Clara Olsen was a Specially Elected Member of Parliament and Executive Secretary of the BDP for 12 years – this never impacted on The Gazette’s commitment to independent, objective news reporting, committed to the promotion of human rights and a market economy in Botswana.
This relationship was severely tested in late 1994 during the aftermath of the Segametsi riots. President Masire and the then editor of the Gazette Outsa Mokone physically clashed outside the National Assembly over The Gazette’s reporting of the Segametsi case with Masire accusing The Gazette of “making Botswana ungovernable.”
However, when Clara Olsen passed away,  Masire was one of the first dignitaries to come to the “marapelo” and attended the funeral service itself – held on the stoop made of slates which he had given to Ausi Clara many years before as a gift.
The relationship between Masire and the Olsen family has been enduring despite political differences, particularly towards the end of his presidency. It has been based on a platform of mutual respect and commitment to the ideals of freedom of speech. The private media was not particularly friendly to Masire, and in the 1990s wrote extensively about the split within the party (which, as is the case today, was constantly denied).
Despite this barrage of negativity towards him, and his party, Masire never lashed out at the media was has been the case with his two successors. Masire took over the presidency from the current President’s father who was also no lover of the private media and during the early years of his presidency he also sought to muzzle the press with a tight fist over the state media.
President Masire, on the other hand – perhaps because of his stint as a journalist before Independence on Naledi ya Botswana – believed in the fundamental role the media played in promoting and defending democracy. Although our freedom of press has been attacked by the Media Practitioners’ Act brought into force by the current president and the future of the press is threatened, the deep roots established during President Masire’s tenure have enabled the press to endure.
During the 18 years of President Masire’s tenure, the private media flourished and grew, with a diversity of political platforms. At times it has been unruly, and sometime treads close to the edge of objective reporting, but its continued existence and strength, its diversity and deep-rooted support for democracy and the right of Batswana to information can be traced back to Dr Masire’s presidency.
The existence of today’s private Media, therefore, is one of Masire’s enduring legacies. 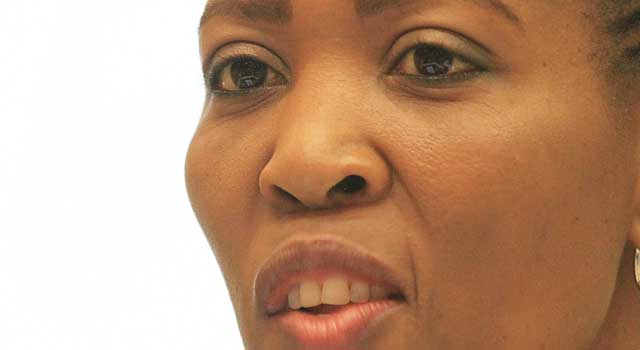