In the blue corner, sits the indefatigable blue army, UDC along with the whole opposition bloc, while in the red corner sits the defending champions, the invincible red warrior, Domkrag.

A lot is at stake, the battle lines are drawn, and the gloves are off. What is clearly obvious is that each party is busy forming a formidable brigade to trounce the other, each is ready to perform a quick TKO on the other so that when 2024 finally arrives it would just be a mere formality as the opposition fancies its chances while the BDP aims to maintain its tight grip on power. Faced with immense pressure to outshine each other, the political demagogues, propagandists and the normal political foot soldiers are already on the campaign trail, some have now taken to social media or any other convenient platform to sometimes engage in ruthless, if not reckless verbal exchanges.

Notwithstanding the distasteful utterances (or sweet, depending on which side you fall), national dialogue has always been and will always be a prerequisite for any country that stakes its claim to be a beacon of democracy. While in other countries political rivals rain bullets on each other, ours is a total ball game altogether. In Botswana’s fledgling democracy, political forces strictly launch verbal missiles not bullets against their nemesis. Even our forefathers before the dawn of modern governance had a vision and laid a firm foundation for our socio-political playing field when they coined these immensely rich Setswana adages: “Ntwakgolo ke ya molomo”, and “Mmualebe o bua la gagwe gore motswalentle a le tswe”. Be that as it may, and in strict adherence to freedom of speech as enshrined in our constitution, one should know that those rights to jaw jaw, instead of war war, come along with responsibilities.

In the just ended session of parliament, some honourable members from both sides of the aisle engaged in what is tantamount to mockery or sarcasm when addressing their opponents even when the issues or motions on the table are of paramount importance. Thanks to BTV for beaming the proceedings live, we are now able to see with our naked eyes some MPs cartooning themselves. In one occasion some motlotlegi  perhaps in a fit of rage or political hypnosis, would derail from the topic to say “heela wena yo o paletsweng ke sepodise…”. How such petty talk found itself into the house remains a mystery. And alas! while you thought the subject of that ridicule has retreated into silence, then boom! wa hula mmanoko: “Honorable rotten foods…I will continue calling him this until he takes back the words a gore ke paletswe ke sepodise”. It is this comical showcasing that sometimes takes the bulk of the precious time reserved for important debate and the sooner it ceases, the better.

Outside the August house lerole le beta kolobe le gone koo! Politics, it would seem, is not for the faint-hearted, and true to the word of the respected patron of the “Ke Nako” political outfit back when he was still the president, it’s a very dirty game! Even he himself is no more a saint nor a political novice, he is now to politics what a duck is to water or what a pig is to mud. Unprecedented as it may be, his verbal punches aimed at his successor have been nothing short of a fatal blow in what proves to be a bout of the century in the BW political ring. If he’s not crying about being denied air transport and other countless privileges or staff being taken away from him, he is somewhere in rural arears telling all who care to listen that in Setswana culture ga go na bogadi jwa dikgomo tse ditonanyana perhaps as an indirect jab at president’s ongoing donations of bucks and rams to random farmers in the hinterlands to help them improve their breeds. As a philanthropist of note, one would expect that he will cast aside the political differences and see these donations as complementing his efforts, but politics instead created a wedge between the hitherto close political buddies whose bromance culminated in one anointing the other to be his successor in the highest office in the land.

As mentioned in passing in the paragraph above, recently His Excellency Mokgweetsi Masisi has embarked on a trip across the length & breadth of Botswana in his small stock donation crusade. Any act of charity, however small it may seem like, is a welcome noble gesture. However, his donation of diphoko has now become a political fodder for his political opponents. In what I can term as “phokolitics” for lack of a suitable term, the president is instead mercilessly roasted and teased for going around the country donating. While they are quite correct that there are burning issues needing the president’s attention, equally the small stock production and generally the neglected agriculture sector needs his attention too. Instead of the political platform being used to exchange ideas, the national assembly and other platforms are used to denigrate each other.

Last but not least, the elephant in the room – the tyranny of the majority! We have a worrying trend where important motions are shot down go dirisiwa bokete jwa mmele/dipalo. Some ruling party MPs even have the audacity to boast that they will use their numbers to defeat the opposition through a vote when all we needed from them was to give convincing arguments on why they are for or against any issue being debated. At times they rant and rave that the opposition is a pain in the butt, that theirs is not a government of national unity, ba tlogelwe ba buse ka tshosologo. This is despite the fact that just recently, after donating a buck to a young lady by the name Gaone Ditshwailwe in one of the Serowe constituencies, the president posted this: “Special thanks to the MP for Serowe South, Honourable Leapeetswe Lesedi for gracing the occasion and for your message of support. As I said before, if the political leadership of this country lead in unison then we shall real realize the aspirations of our National Vision 2036”. These words must echo in the minds of the ruling party MPs in the next session of parliament lest they be viewed as relegating national interests to the peripheries while putting their narrow interests ahead of anything else. When Hon Yandani Boko tabled the GBV motion, he wasn’t trying to steal the limelight from the BDP, he was merely safeguarding the rights of women and children.

As a parting shot, I would like all of us in our own little corners to preach political unity, tolerance and coordination all in the name of national building for we have one Botswana for us and the future generations. Let’s not allow our stable political climate to degenerate into a political war zone, may our political engagements be guided by principles not emotions and party affiliations. 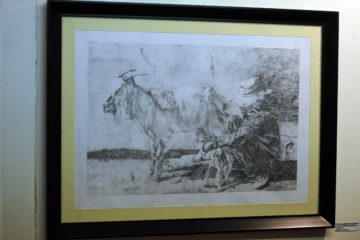