Sudanese Premier League giants Al-Hilal and Federation Burkinabe Football Federation (Burkina Faso)  are reported to have handed in formal requests to land Zebras Head coach Peter Butler’s services.
According to close sources the contract talks between BFA and Butler had been delayed due to the internal restructuring which has seen several big administration casualties in Phillimon Makwengwe and Kitso Kemoeng.
“The ball is firmly on BFA’s court regarding my contract, we have not yet met but I believe Letshwiti will deal with it. I had a concrete offer from Al Hilal which I turned down as I intend to serve the remainder of my contact and the Burkina Faso officials have showed interest as well. Look this is not about the money or anything, I believe in having enough backing from the association,” Butler told Gazette Sport.
Despite being coy on his allegiance with the offers from Sudan and Burkina Faso, Butler revealed he is open for an extension from BFA if they approach him.
“The President of the BFA (Letshwiti) is a great businessman who is very clear on his implementation of ideas in the association. Hopefully we can meet and talk about my future here in Botswana because I still have ambitions of restoring the dignity of the Zebras.
For their part, BFA Public Relations Officer Tumo Mpatane stated between now and March the association will meet with the Briton to clear the uncertainty of his contract.
“Well for now Butler has a contract with the BFA which ends in March and we expect him to honour it. The association will meet with him and discuss the way forward,” Mpatane explained.
Quizzed if the BFA is aware of the interest from Al Hilal and Burkina Faso, Mpatane said they are not aware of the interest from the two respective parties.
“Butler has proven himself to be a top coach so if indee d there is alleged interest from Burkina Faso and Al Hilal it is not something we are not surprised about. Right now we are not aware of any interest for Butler’s services,” Mpatane concluded.
The Englishman has not been shy to map his vision since his tenure with the Zebras giving young players regular playing time in major competitions. Throwing in the likes of Lebogang Ditsile,  Onkabetse Makgantai and Thabang Sesinyi, all who have good strides in national team colours.
“If people have a look a look at our team we have tried to maintain the right balance between youth with the likes of Sesinyi and Boitumelo Mafoko. There is tremendous ability in that team, only if people could notice and make sure we make use of the international breaks.
Meanwhile the Africa Cup of Nations 2019 qualifiers were released a fortnight ago, which saw the Zebras pitted in Group I alongside Mauratania,Burkina Faso and Angola. 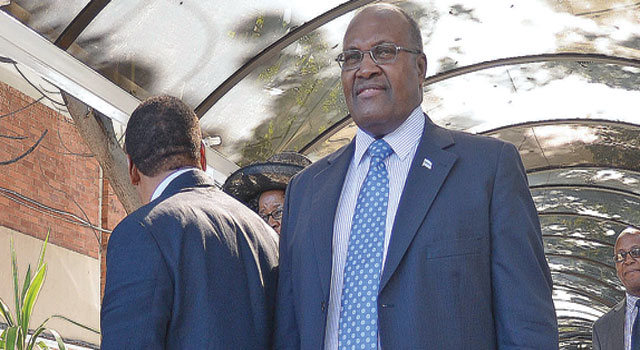