With only seven months to the much anticipated Tokyo 2020 Olympics, Botswana Athletics Association (BAA) president Phapane Botlhale says Botswana National Olympic Committee (BNOC) is not or has not extended a helping hand as expected to prepare the athletics team for the summer games.

The Olympics are billed for Tokyo, Japan from the 24th of July until the 9th of August 2020. These are the games that have in the previous editions seen athletics sending more members to compete than any other local sport code. Athletics also appears to be the only sport code that has won Botswana a medal at the world’s prestigious games courtesy of Nigel Amos’s 800m silver in 2012.

However, for the upcoming games, BNOC intends to improve their record at the Olympics as they want to win four medals with bulk of the medals expected to come from athletics. But the BAA president feels that might be a mountain to climb as the BNOC which is the custodian for Olympics has not come to the party in helping athletes qualify and prepare for the games.

“To be honest BNOC have not been visible in helping to prepare our team and that worries us because they are the custodians of the Olympics. They have to help us but they are not, it’s like they are spectators,” Botlhale complained in an interview with Gazette Sport. “As we were attending competitions like the World Championships they did not aid us financially yet we feel they had to. Because I mean such competition was by extension preparing athletes for the Olympics.”

By far only three athletes have qualified for the summer games; they include Nigel Amos, Christine Botlogetswe and Galefele Moroko. “We have made some athletes qualify without their help. We are on our own with some help from the Botswana National Sport Commission,” he stated. Botlhale however, noted that they expect BNOC to be active in helping them as soon as the following year begins.

Reached for a comment on the matter, BNOC Chief Executive Officer (CEO) Tuelo Serufho noted that it is indeed correct that the BNOC is not assisting the BAA and other National Federations (NFs) in the manner and fashion it did in the past.

He highlighted that that is so due to a result of a new funding arrangement by the Ministry of Youth Empowerment, Sport and Culture Development . “Whereas the BNOC was previously responsible for Olympic preparations funds from the Government , in the current financial year, the Ministry has taken the money to NFs; not through the BNOC,” he said. “Consequently, as things stand, the BNOC has little or no influence over use of such money and the understanding the BNOC has been given is that NFs are driving Olympic preparation at their level.”

Serufho went on to note that the BNOC does not agree with Ministry’s approach but they respect it. He however, said the BNOC is aggressively exploring other revenue streams to be able to support athletes attempting to qualify for the games. “But urgent assistance is required as otherwise Botswana’s target of four medals in Tokyo will remain a pipeline,” he stated.

Meanwhile Botlhale told this publication that his vice president technical (Tshepo Kelaotswe) is working on a provisional team list for the Olympics on which the selected athletes will go on a training camp at the end of this month. “They will be there until they break for Christmas and I must note that the athletes that will be selected are the ones that proved their capability this year,” he said. According to Botlhale, the camp will be fully sponsored by BAA. 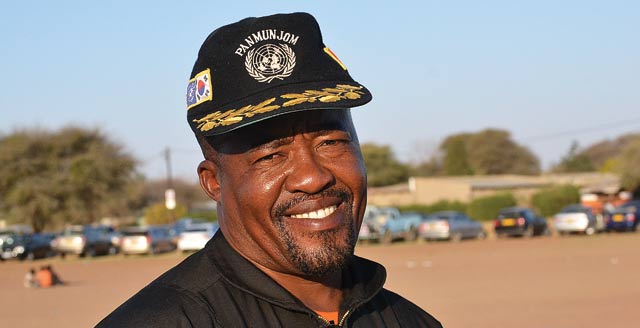