Botswana karate star Ofentse Bakwadi has started the year with a bang after claiming a gold medal at the 2016 Australian Open Karate Championships. Bakwadi bagged a gold medal in the 60kg kumite final in Sydney, Australia over the weekend, in his first international fight of the year.
Bakwadi was part of a team of local karatekas competing in Australia, the group also consisted of Oratile Caiphus, Alex Matshamekwane, Kaene Kago and Mogakolodi Motlhabi, the trip was funded by the Botswana Defence Force.
He started the competition by obtaining a bronze medal in the 60kg kata contest on Saturday before bagging a gold medal on the second day of the competition. Bakwadi was not the only medal recipient as Caiphus won a silver medal in the 75kg male kumite final, Matshamekwane also bagged a bronze medal in the 75kg male kumite contest. Kago and Motlhabi were unlucky as they lost their bouts in the male 84kg kumite contests. The team will return to Botswana today (Tuesday).
Bakwadi is nominated for this year’s BNSC Awards in the Sportsman of the Year category and such performances can help him win the award he collected in 2012. He will be up against sprint king Isaac Makwala and boxing star Zibani Chikanda in the top category.

We have nothing personal against Rollers – Mogomotsi

Rollers in the dark over Dambe’s future 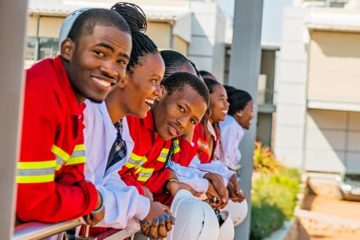