A fortnight ago the Botswana Football Association confirmed that the senior national team would not participate in any friendly matches during FIFA International dates due to shortage of funds. The Zebras were scheduled to play either Mozambique or Tanzania this past weekend but the local association decided against confirming the fixture(s) because of their financial problems.
In a televised post match interview after the Independence Day friendly win over Angola last month, Peter Butler revealed that he was trying all he could to get more friendly matches for the national team but urged the association to ‘meet him halfway’. The interview provided a glimpse of the reported friction between the technical team and the BFA’s administrative departments in relation to national team affairs.
It could also mean that the Zebras will be inactive during the next FIFA international week of 7-18 November. Zebras’ inactivity could spell trouble for the side in the next AFCON Qualifiers (2019), the side’s rankings will drop and they will face tougher draws for AFCON qualifiers because they will miss out on being one of the top ranked seeded teams heading into each draw.
Normally, CAF rules provide that the top 21 ranked African nations are  automatically given a free passage to the AFCON Qualification group stages. Botswana is currently ranked 27th in Africa, participating in the last two FIFA dates and possibly getting positive results would have helped them go higher up the rankings and get better chances of being one of the seeded teams to avoid tough draws.
In 2014, Zebras was ranked 24th and they would have qualified automatically for the group stages of the 2015 AFCON Qualifiers if they were three places higher. Instead they faced four tricky preliminary round fixtures in order to qualify for the group stages of the 2015 Qualifiers.
They faced Burundi and Guinea-Bissau in two legged games before proceeding to a tough group which featured Tunisia, Egypt and Senegal. Botswana had already participated in more matches than their group rivals and that affected their performances as they failed to record a win in six group games.
In the latest 2017 AFCON Qualifiers Botswana was given yet another tricky qualification route after being drawn against emerging African giants Uganda, 2013 AFCON finalists Mali and minnows Comoros. Botswana always faced top seeded nations like Mali in each of their Qualification routes, higher rankings prior to the AFCON 2019 Qualifiers could help Botswana prevent tough draws that have become a common theme in their Qualification groups.
As it stands, Botswana’s next official fixture could be on the week of 20-28 March. The national team’s fall from the top 100 ranked nations in the world is inevitable given their inactivity.

Meet Motswana featured in “The Real Housewives of Johannesburg” Season 2 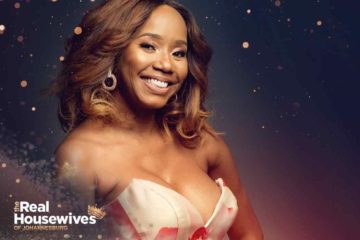