The Federation lacks the right equipment to perform at the Champs

Botswana Fencing Federation’s participation at next year’s Africa Fencing Championships could be in serious doubt due to the lack of the right equipment to participate at the tournament. The local Federation have been invited to take part at next year’s tournament set to be hosted in Ivory Coast ,Abidjan in April, but could find themselves having to miss the event yet again. Last year, Botswana were requested to attend the very competition, however failed as they could not meet some of the requirements.
According to the association’s Technical Director Ephraim Basha, they are currently faced with the same situation, as BFF remain “ too broke” to afford the proper equipment.
“We have been invited to next year’s Africa Champs, after we missed out last year, because we did not have the right gear. Currently we are using a level one gear,. In Fencing we have two kinds of gears, the level one gear is mostly used for training purposes, and not often used for competitions. We also have the level two gear, which is the attire used in competitions. So currently we are only using the level one gear,” said the technical director.
He added, “We do not have sponsors, we only rely on funding from the sports commission. Last year we had used all our funds to buy the very equipment we are using,and also attend competitions, like the on we recently attended in South Africa. We are really pleading for sponsors out there to come on board,” added Mmatla.
The TD further revealed to this publication that they were however hopeful that the Botswana Sports Commission (BNSC) would heed to their plea in increasing their annual grant, which would help them buy the right set of outfits ahead of the tournament.
“For next year, we are a bit hopeful that we could attend the event, because we have been engaging with the commission to increase our annual grant, so hopefully they will,” he carried.
Quizzed of their targets should they attend the tournament, Mmatla disclosed that they have set fencers a realistic target of not less than nine medals from the three categories.
“Yes, we do have targets that we have set our-self for this competition, we want to go there to win medals in the three categories. We are targeting three medals for each sword (category). We believe it is an easy one for the fencers,” ended the TD.
A fortnight ago, BFF sent a team of 15 fencers to participate at the Limpopo Open in South Africa, only to score one medal by Karabo Thobega, while six were eliminate at the top 10 (One step away from qualifying for a medal.) 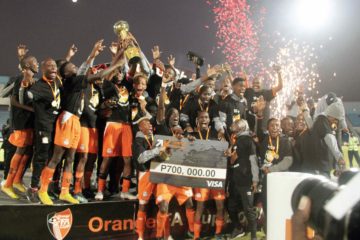