Botswana Athletics Association (BAA) will arguably take the crown when it comes to results produced in both regional and international competitions of year 2016 as compared to other sporting codes. Despite tremendous results produced by athletes, the association administration had a roller-coaster ride this year with various scandals hitting the association from all angles.
Failure to host  Sports View International Meet
Sourcing few incidents that shook the association were alleged mind games by BAA administrators to ensure that the association’s vice president Glody Dube’s annual Sports View International Meet was not staged this year due to unrest issues among the superiors. Poor administration when it came to monitoring athletes this season still continued to haunt the association.
Poor monitoring of athletes
Reflecting back to the African Senior Championships preparations where some athletes where sidelined when they went for camping in Maun. Over half of the team which represented Botswana at the championships were not monitored at all while team members (the BNOC team) who where part of team Botswana at  Rio Olympic were given a platform to prepare for the championships.

The team that was left behind while other team was camping in Maun performed badly as only one representative Ruri Rammokolodi of long jump brought bronze medal.
Fraud Scandals
Last but not least on one of the latest tornado that just hit the association was fraud scandals throughout the year. The latest one took a huge toll which resulted in Holiday Matibini being served with a suspension letter pending investigations of fraud. The BAA office was in hot soup as it was alleged that there have been fake purchase orders amounting to over P500 000 produced with forged signatures of executive members and issue is set to continue next year.
BNSC had to quickly jump into the sinking ship by immediately appointing an audit to investigate that matter further, nonetheless when it came to raising the blue black and white flag high, BAA athletes themselves displayed heroic performances in various competitions throughout the 2016 season.
Botswana athletes  have  dominated in the middle distance track events such as 200m, 400m and 800m. Track sensation, Karabo Sibanda emerged as the biggest winner at the 36th annual Botswana National Sport Commission (BNSC) awards after he walked away with both the junior sports male award of year and the sports-person of the year award. Baboloki Thebe scooped the Junior Sportsman of the year award at the Regional annual sports awards   (RASA) 2016, which where held in Johannesburg.
Amantle Montsho’s Return
BAA has vowed to aid the 400m sprinter in her return to track events. The local queen of 400m has announced her comeback and she with no hesitation plans claim her throne. The 400m sprinter has served her two year ban from competing after she tested positive for Methylhexaneamine at the 2014 Commonwealth Games in Scotland.  Montsho’s competitive debut is expected to be early next year and hopefully qualify for the 2017 World Championships which will be held at London.
African Senior Championships
Team Botswana competed in various track and field events which by argument one would say its relatively fair performance as some athletes reached to semi final  and final stage of the competition. Botswana finished in position five with three gold (Baboloki Thebe in 400m, Nijel Amos in 800m and the mens 4x400m relay) 1 silver (Karabo Sibanda 400m)  and 1 bronze (Ruri Rammokolodi of long jump)
IAAF World U20 CHAMPIONSHIPS
Botswana finished in position 26 out of 160 Countries which participated in the championships with 1 silver (Karabo Sibanda 4x400m) & 1 bronze medal (4x400m relay team).  Baboloki Thebe whom was unfortunate to be disqualified for “line violation” after running 44’67 to win his Semi final.
Rio Olympic finalists
Qualifying for Olympic Games with quite a number of representatives from the association was the biggest highlight of the season. The two local coaches Mogomotsi Otsetswe and Justice Dipeba worked around the clock to come up with a team of nine athletes which composed of two 400m ladies.
The biggest shock came when the 2012 Olympic medalist, Nijel Amos failed at heat stages and the withdrawal of Baboloki Thebe from the Men’s 400m semi final event, the withdrawal was as a result of the recurrence of an injury from the past. However Karabo Sibanda went all the way to the finals  where he finished  position 5  and set his new PB of 44.25. The mens 4x400m relay team went all the way to the finals where obtained Position 5  setting a new National Record of 2.59.06. 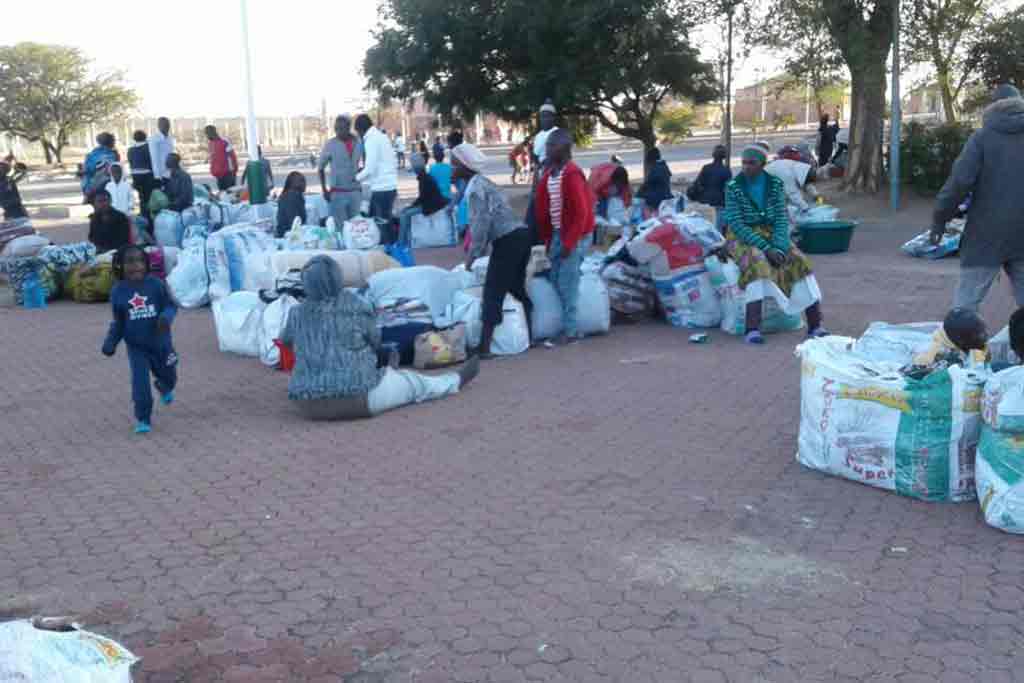