The Local Organizing Committee (LOC) of the Botswana National Olympic Committee (BNOC) was formed with a primary goal to oversee all sporting codes, however they have recently been accused of not properly handling their affiliates properly.
Information reaching Gazette Sport claims the LOC erred in some logistics issues when dealing with the Botswana Athletics Association (BAA). This publication is reliably informed that the athletics team went to the just ended Flanders Cup Meeting, held in the Guldensporen Stadion, Belgium without the team manager Glody Dube.
Dube was expected to travel with the team, this publication found out that he was left behind pending submissions of reports he felt were unnecessary; such as the report of how Botswana’s track athletes qualified for the Olympics, a source claimed that he felt that as a sports institution the BNOC should be well aware that athletes qualify through set standards and qualifying times. He was also reportedly asked do provide daily reports of the team’s activities in Belgium despite not being in Botswana while they are overseas.
Reached for comment Dube acknowledged that he was left behind while his team went to  Belgium due to logistical issues that he had to resolve and present to the LOC but did not agree to give further comments on the matter.
Dube touched on the athletics team that qualified for the  Olympics saying that preparations are going well, and that he is not certain about the number of medals they will bring home. He also asked the nation for support and pleaded with other members of the public not to put pressure on athletes as they are there to give their best. Dube concluded by dismissing allegations that his relationship with the BAA has turned sour.

Softball U19 leaves for World Champs 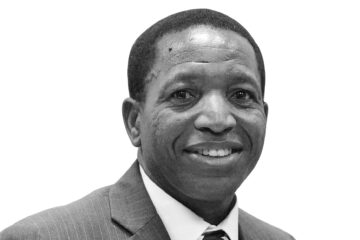