Mercedes team chief Toto Wolff says the conspiracy theorists suggesting his outfit favour Nico Rosberg over Lewis Hamilton are “a bunch of lunatics”. And Hamilton said he had “no reason” to believe it was happening. after finishing second to Rosberg in Sunday’s Russian Grand Prix.
Wolff said the comments by many on social media were misguided and wrong. “I want to ignore this bunch of lunatics who think we would want to harm a driver, who is our driver and who has been a double world champion for us,” he said.
“He hasn’t let us down and we wouldn’t let him down. This is a mechanical sport and these things happen. We are pushing the limits on the chassis and on the engine side a lot in order to have a competitive car.
“This is why we are winning races, but also if you push the limits at a certain stage you find them.
“I think it’s very difficult to take people seriously out there who are lying in their bed with a laptop on their chest and just sending out abusive messages.”
Wolff told reporters in Sochi that he wanted to speak out to protect members of the team from accusations. “The reason why I’m being vocal about it is that I want to protect those guys because they’re being hit by comments that are just inexcusable and unfair – abusive without any reason.
“We appreciate every rational and every true comment, we take criticism very seriously. If we screw up, it’s about admitting that it wasn’t the best we could’ve done.
“In the last couple of races we have made some mistakes and letting Lewis down with the engine is certainly one of them. We know that and feel that much more than anybody else.” Hamilton added: “All I can say is that my side of the garage are having a hard time.

“I have every confidence and faith in them. It’s unusual for them – the majority were on Nico’s car last year and Nico’s (current) guys were with me for three years. “We swapped for no apparent reason, but that is not the reason we’re having issues. “Don’t jump the gun. It’s not happened in the last three years (favouritism) and I have no reason to think that it’s happening now.”
Hamilton started 10th on the grid following an engine failure in Saturday’s qualifying session and then suffered another mechanical problem. The defending three-time champion said also that he felt very grateful to the team for helping him finish the race and score 18 points.
“I would like to thank the guys who flew over the from the factory and the mechanics who worked until 2am to get my car ready,” he told Sky Sports TV. “Without that, I wouldn’t have got to this point. “The water pressure issue just happened and I had to nurse it home. I’m just happy the car finished. It was another issue leading to a failure. I’ve got a long way to go with not a lot of engines.”
Sunday’s Russian race saw Hamilton survive the first lap without incident for the first time this year. He was involved in damaging opening lap collisions in Australia, Bahrain and China and also suffered a power unit failure in Shanghai. Hamilton was hoping to complete a hat-trick of Sochi victories. Since winning at the Black Sea resort last year, Hamilton has won only once – the following race in the United States where he clinched the title.
In the same run of events, Rosberg – who retired in Russia last year – has won seven out of eight races and finished second once. (AFP) 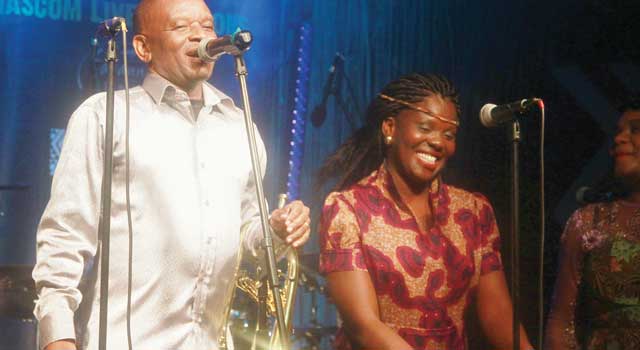