I Have Unfinished Business At BFA – Letshwiti

The incumbent president of the Botswana Football Association (BFA) MacLean Letshwiti has stated that he has “unfinished business” as seeks a second successive term at the helm of the association. In an exclusive interview with Gazette Sport, Letshwiti stated why it was important to seek a second term and, in his own words, finish what he started.

Letshwiti will pit his wits against Tebogo Sebego and Ookeditse Malesu for the BFA presidential seat on October 10. The unpredictable nature of the elections has seen observers regard this year’s presidential race as an “even playing field” as all three candidates have appealed to voters in various ways. Letshwiti told this publication that his biggest driving tool in the presidential race is that he has projects that are already in place.

“I have unfinished business at BFA, we have made significant strides in the last four years and we do not want our existing projects to be disturbed. Our mission is to finish what we started because we cannot leave our projects hanging. My first four years at the helm were a restructuring and rebuilding process whereby we had to ensure that proper governance was in place. With good governance as the first step we managed to discuss and implement new statutes as well as a new constitution,” Letshwiti stated.

“The second step was to ensure that we addressed the financial difficulties that the association had, we managed to balance our books and we are now a profitable entity. It was important to be financially stable because stakeholders only want to deal companies that are clean. By fixing the financial problems, we have been able to attract new sponsors and partners such as FNB, ABSA and Orange (FA Cup), we now have access to funding from FIFA because our finances are in order. The next step now is to finalize the academy project which is already in motion as we speak. Building an academy will enable us to ensure that we tap into the development of young players who will raise our game to new levels. Every football success story begins with a good development project, look at Germany and even Iceland (when they qualified for Euro 2016) for example, they took years building their projects and we want to set up our own blueprint through our academy,” the BFA president added.

Letshwiti also revealed that they are on the cusp of signing a Memorandum of Understanding (MoU) with the Ministry of Education and Skills Development, the Ministry of Youth, Sport and Culture and FIFA to start a schools football programme. The BFA president stated that the programme has already been approved by FIFA, “had it not been for the COVID-19 pandemic a top FIFA official would have been here to officially unveil the programme.”

The topic of commercializing football has been a common topic among the three BFA presidential candidates and Letshwiti also touched on the subject during the interview. He stated that clubs in the Premier League have already gone through the Commercialization Drive but stressed that the onus is on the clubs to implement what they learned through the initiative.

“Commercialization of football is something we have already started pushing and we engaged all clubs in the Premier League during the recent Commercialization Drive spearheaded by Ashford Mamelodi. It was a resounding success because clubs now understand how to manage themselves in a professional manner. If clubs are ran like businesses they will be able to build excitement amongst supporters a lot more. Every club’s biggest wealth is their fan base, our teams have now grasped how to utilize the aspect of fan appreciation because they were sitting on gold mines without fully realising it. Their role is to now fully implement everything they have learned,” Letshwiti stressed.

Letshwiti concluded by stating that his progression as a leader has seen him hold positions such as being an executive committee member of COSAFA, the chairman of COSAFA’s Legal and Statutes Committee, a member of the FIFA Disciplinary Committee as well as being in the organizing committee of Africa Cup Of Nations (AFCON) tournaments. Through these positions the BFA leader stated that he aims to further leverage on them for the benefit of Botswana football.

BAA To Return To Competitions Next Year

I Have Unfinished Business At BFA – Letshwiti 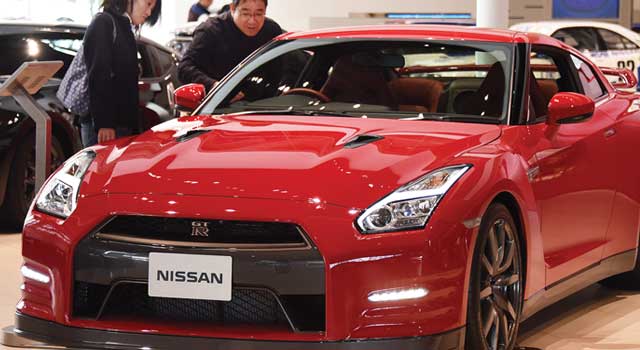