Reports reaching Gazette Sport state that the battle between former Botswana Football Association Chief Executive Officer Kitso Kemoeng and his former employers is far from over as both parties are scheduled to face each other in a labour dispute. The case was set to take place at the Department of Labour and Home Affairs Dispute Resolution Offices this past week but it has since been postponed.

An official date for the labour dispute is set to be announced either this week or the next. Kemoeng is, according to a source, challenging the association’s decision to fire him from his post last year. The BFA’s act to terminate Kemoeng’s contract two years before its expiry has been deemed as a breach of labour laws as his sympathizers believe that he “was always targetted by the new regime.”
Kemoeng was accused of mismanagement of funds during the Orapa C-License saga amongst other issues. As a result he was suspended on October 17 and subsequently fired months later after appearing before a disciplinary hearing that was sanctioned by an independent committee, believed to be the Emergency Committee.
The source has indicated that Kemoeng’s dismissal was a “blindsiding act” as the former CEO was allegedly not afforded the opportunity to have a look at the association’s findings before they decided to part ways with him.
The source states that Kemoeng was given reasons why his contract was terminated but was not given a chance to challenge the BFA’s accusations, he was allegedly prevented a chance to cross examine and present his own witnesses. Gazette Sport’s informant further alleges that Kemoeng and his lawyer were not given minutes of meetings that took place at BFA level where his suspension was being discussed.
In their official statement last year, the BFA stated that their split with Kemoeng was amicable but on the evidence of the labour dispute it appears there are numerous underlying issues between both parties.
The local association has moved on by permanently appointing Ookeditse Malesu last month but the manner in which they parted ways with Malesu’s predecessor still haunts them.

Diamonds Add A Bit Of Sparkle To Export Bill 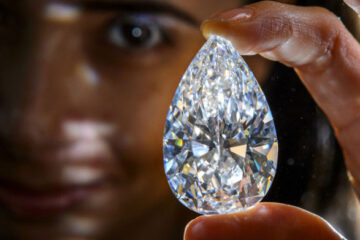