COSAFA Player of the Tournament Onkabetse Makgantai is officially on trial at PSL rookies Baroka United. Gazette Sport reporter THABANG REGOENG details the player’s overnight rise and his slow start to the 2015/2016 season.

The hype following the former Nico United starlet has grown exponentially since impressing against Namibia & DR Congo prior to the COSAFA Cup final. However, at club level, the young forward rather had a mixed campaign for large spells of the season, falling down the pecking order behind Patrick Lenyeletse, Thabang Sesinyi and Bonolo Fraizer.
The learning curve has proved to be a steep one for Makgantai since he joined the mining club from Nico United. Many were shocked when the 21 year old signed for the mining club in the past transfer window, turning down lucrative offers from Rollers and GU.
A player who managed only seven league starts last season is now on the verge of being a PSL player. One of his turning points was scoring in the Mascom Top 8 final in a 3-1 win over Township Rollers, that led to a national team call up where he scored against Uganda in an AFCON Qualifier at the Francistown Sports Complex.
The likes of Polokwane City and Platinum Stars are all reported to be pondering huge interests on the pacey forward after his Cosafa tournament heroics, the player’s overnight success story has turned an indifferent season into a successful one for the youngster.
“To be honest, Makgantai had a miserable campaign at Orapa last season, maybe it is the fact that he joined the team in January which is not ideal for any player. Our local players need to get exposure of professional set ups in PSL clubs so this is the perfect time for him to try out something new,” said a source close to the player.
The message has always been the same since Makgantai joined Orapa United in January, he was fully committed to the club and was eager to stay and fight for his place. The fluctuations in his form meanwhile are to be expected since few players are the finished articles at the age of 21.
“It is true that more was expected of Makgantai last season, but it would not be fair to be judgmental because he joined us in January when Ndlovu had already assembled the core of his squad. Our coach is keen to see a more direct, clear thinking approach from the young star   because the boy is truly talented. We are no longer considered underdogs so we intend to keep hold of some of the best players to challenge for all top honors in the next campaign,” Orapa United PRO Tebatso Hule told Gazette Sport.
Meanwhile latest news reaching this publication is that the mining club received a trial invitation for Makgantai alongside Thabang Sesinyi. “Baroka invited our two players Makgantai and Sesinyi for trials, so the boys have got blessings from the club. If something concrete materializes we will be open for discussions but the boys are still contracted to us,” Hule stated.
Will Orapa United repeat last season’s impressive performances? It is a fair question? A dilemma then, both for the player (Makgantai) and the club, is do the Ostriches cash in their chips now and take offers from reported PSL clubs or do they  gamble that last season was a natural blip for a late comer perhaps Makgantai will reach his potential at the mining club?

Sisters doing it for themselves in Botswana! 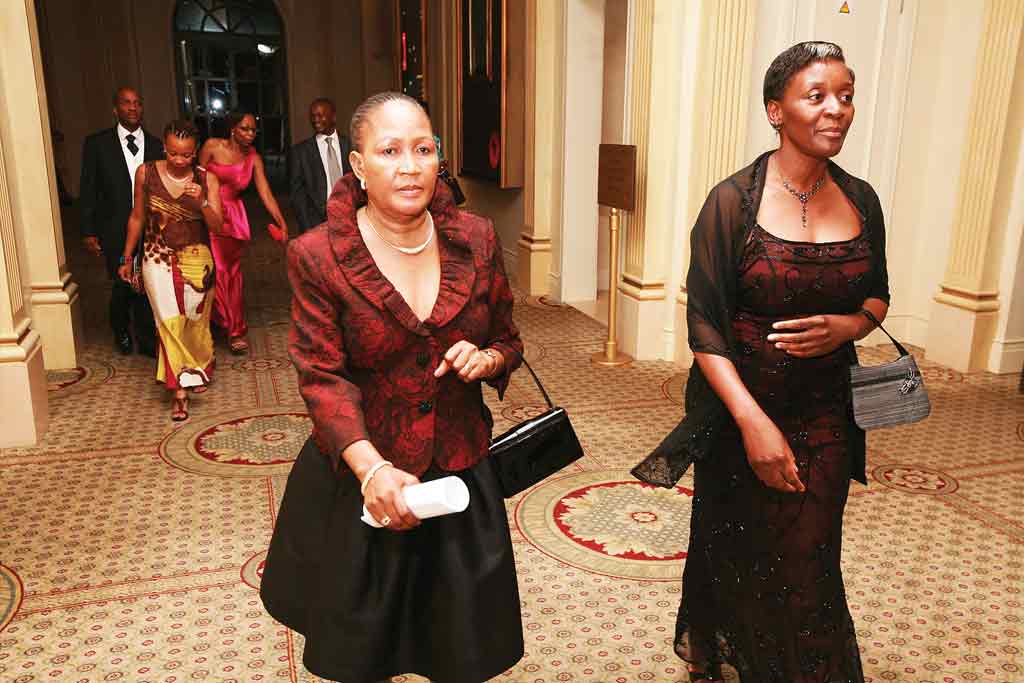