Former Zebras wingback Tshepo ‘Talk Talk’ Motlhabankwe does not have any plans of returning to the playing field as a player when local football action returns, Gazette Sport can reveal.

This publication made the discovery in the course of a telephonic interview with Motlhabankwe who noted that he has finally decided to hang up his boots after almost 20 years of playing football. It is however, not the first time that the player announced that he has retired from playing football as he did while so at Township Rollers at the end of the  2018/19 football season only for him to resurface at Gilport Lions at the beginning of the 2019/2020 season.

“Gilport requested me to help their players settle in the premier league, remember they were just promoted when I joined them and they were using a young squad,” said the 39 year old Motlhabankwe when asked why he decided to make a u-turn from retirement last year. “So I was roped in to guide the young boys and I was also given an option to study a coaching or administration course, something which I could not refuse. I however, ended up leaving them for Gunners after I realized that things were not working out.”

He joined Extension Gunners which is his boyhood club in January this year on which he noted that he was also given a similar role as at Gilport. “And I was also brought to help the team survive relegation, it was a six months contract which has since elapsed,” he said. “Now I can say that I have retired. I do not have time to play as I am busy with other aspects of life that is why I want an administrative post at any team which would like to hire me.” He says he has keen interest in learning how to run a football club, before he can actually venture into coaching.

Having been a member of the national senior team for about 10 years, Motlhabankwe says his main aim is to help build  young players and aid them to make wise football moves. This is the football legend that is not happy on how local footballers are treated. “It is really hurting to see how these other teams are treating players,” he said. “You would find that some teams are using players without paying them for months, there are a few teams that actually take care of players in Botswana and we all know them.”

Motlhabankwe is of the view that the maltreatment of athletes is all over Botswana sport. “Local sport stars are usually not given respect that they deserve,” he said. “I am one of the guys who represented Botswana at AFCON 2012 but I do not think our country realizes that we are not recognised and that is not good. One would wonder why it is so as it is usually said the sport career is short something which I think should give the relevant authorities every reason to take care of athletes.”

BUT WHERE DID HE GET HIS BIGGEST PAYCHECK DURING HIS FOOTBALLING CAREER?

Meanwhile, when asked which team paid him the most during his football career, Motlhabankwe answered Rollers. “I was given about P20 000, on top of that amount I was also given bonuses as well as allowances,” he noted. “And the good thing about Rollers is that they give you what is agreed on the contract unlike at others teams.”

The Digawana born star began his soccer career in 2000 at Southern Pirates (Kanye) before he joined Gunners for the first time in 2001. He went on to play for Mochudi Centre Chiefs at the beginning of the 2007/8 season where he went on to win three league titles. After leaving Chiefs, ‘Talk Talk’ joined BMF FC in January where he enjoyed a short stint as he went on to play for Rollers six months later, he won four league titles at Rollers. He left Rollers last year May on which he announced that he had retired from football only for him to join Gilport at the beginning of the 2019/20 season where he played for six months as he rejoined Gunners in January this year. He is calling it a day from football at the club.

He played for the national team for about 10 years and was one those players that represented the country at its maiden AFCON tournament in 2012. 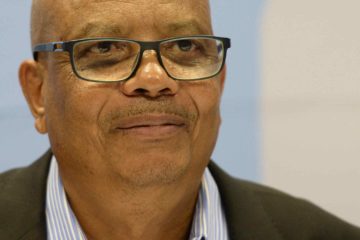