In what could be deemed a faltering season for Mochudi Centre Chiefs after a horrendous start to the 2016/2017 BTC Premiership, the club seems to be getting back to their winning ways to save some face and get their campaign back on track with positive display in their past three games.  Their recent impressive win against ailing Nico United could be a turning point for the Kgatleng based giants who have been scrutinized by many pundits for lacking quality and depth in their squad for the first round of the League.
This lift could be credited to the club’s new additions to reinforce their squad in the January Transfer window.  The January transfer is well know for a few signings as no manager wishes to temper with their squad but for Chiefs this was a window of opportunity to bolster their ranks and bring close to ten new signings.
One first signing that could go on to earn the best signing of the window is the lanky Namibian winger Absalom Linbondi  who has come with a huge reputation to the club following his good reign of form at his previous club Tigers Fc where he won the Players Player award in the Namibian League. The winger has already given Chiefs the attacking mentality Bongani Mafu wanted this season, and he has been a player that has made an instant impact and has shown consistent performance since making his debut for the club early this month.  Linbondi has now turned into a fan favorite and he has ultimately given Chiefs hope this season thanks to some of his individual performances. His direct style of play, blistering pace and technical ability proves that he will be tough customer for most of the defenders in the league.
Although he is not new to the Mochudi Centre Chiefs set up, Jerome Ramatlhakwane’s return to the the Kgatleng giants proves to be a calculative move for Chiefs , the goal poacher made a quick start to his 2nd spell at the club with a brace on his debut for the club and has scored  four goals in three appearances. Ramatlhakwane carries a wealth of experience in front of goals and has previously won the league with Chiefs so it is clear the “animal” as dubbed by his legion of fans will give Mafu a focal point in attack something which the Zimbabwean has rued, over since the start of the league.
Mathews Nymadzao is one name that has surfaced to the headlines as he is enjoying a purple patch to his spell at the Kgatleng giants, the striker has already scored 4 in 3 three appearances for the club, although the striker failed to make a grade at Gaborone United his stay at Gilport Lions re-affirmed his reputation in front of goals as he finished as last seasons’ green boot award winner with 19 goals to his name. The striker has given Mafu tactical options to toy around with his game plan as he used the striker as winger but that proved to be a tactically spot on decision with him trotting back to help the team defend and at the same time giving Ramatlhakwane the much needed support in attack.
When Katlego Koobake left Extension Gunners for Gaborone United it was almost inevitable to say the lanky left back was to stick around for some time at Gaborone United but things turned out differently as he was relegated to the backbenchers by Rudolf Zapata hence as time went on it was evident the Koobake was deemed surplus to demands by United that prompted both parties to part away on mutual consent. Koobake has found a new home at Chiefs and has not only become a regular starter to Mafu’s side but a crucial replacement for the vacant left back position. His defensive capabilities and offensive quality crosses into the box will be met with delight by the aerial strength of Ramatlhakwane and Nyamadzawo upfront.
Bongani Mafu praised his new signings for their decent performance saying are brought in positive change to the club,”A player of Ramatlhakwane calibre is what you need to help the young boys, who we played with initially, grow; his experience is vital to this young boy. In his impression about Linbondi Mafu showered the Namibian with a heap of praise, “I think he is genius you can tell he is an experienced player his precision and technical ability proves that and always when you are good player the others take you in very fast and I am very happy with how the team has taken him into the system” noted a delightful Mafu
Other new signings yet to make a significant impact include experienced Central defender Gaopatwe Seosenyeng and young goalkeeper Neo Kenalemang, former Motlakase and Rollers winger Kagiso Bodigelo  who will however be relishing the challenge and waiting for their opportunities to help Centre Chiefs catch up with the rest of the top 8 pack.

Blame the BDP for politicising our issue - UB SRC 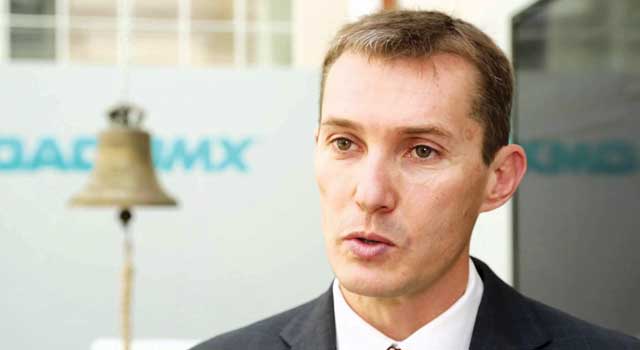