Former Township Rollers pair Simisani Mathumo saw their valiant effort to stay in the ABSA Premiership end in disappointment as they were relegated this past weekend. Stars lost 1-0 at home against Mamelodi Sundowns, the defeat left them at the bottom of the table as their fellow relegation strugglers collected valuable points to stay in the league.

There was a contrast in emotions at Goble Park as Sundowns lifted the league trophy as Stars’ players struggled to make peace with the reality of playing in the National First Division next season. The home team had a fighting chance as the game nearly went to halftime with the score level at 0-0, however Phakamani Mahlambi dispelled any hopes of a Stars miracle by scoring in the 43rd minute. Mathumo did not take part in the game, he was not in the matchday squad as his side lost.

The Zebras defender has been a great addition to the Stars squad, since his arrival he has participated in 11 games as a starter. In that spell Stars won twice, they also recorded five draws and five defeats, his arrival saw the club improve their performances compared to the first round.

Meanwhile, Mathumo’s Zebras team mate Onkabetse Makgantai played a part in Baroka FC’s 1-1 draw against Maritzburg United. The draw ensured Baroka’s safety in the league while Maritzburg United will have a chance to preserve their league status in the Promotion/Relegation Playoff.

Free State Stars were hoping for a favour from Baroka FC during the weekend, had Baroka won the game against Maritzburg then Stars would have been in the Playoff position, however it was not meant to be. 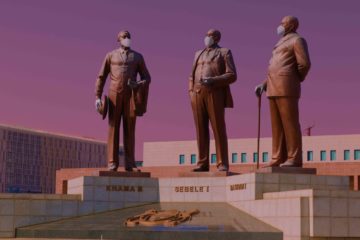