November 26, 2020 Admin
Home»Sports»News»Sky is the limit for BMS
News/Sports

The Botswana Motor Sport (BMS) vowed once again to give the sport followers a maximum adrenaline satisfaction on the 10th of September 2016 at the National off-road challenge in Serowe. This is an event organized by Serowe Extreme Bikers Club, a local affiliated club with a total of 15-20 riders.
The 2016 BMS National Off-road Championship is open to individual riders from BMS member clubs and who are eligible to score points in the BMS National Off-Road Championship. This event is a BMS National Off-road Event and is of national status, it is the 6th round of the BMS National Off-road Championship.
The “Mma Besi  200km” challenge will be the first of its kind to be held in the land and will be regarded as the second best challenge after the Kalahari 1000 desert race.
Speaking exclusively with Gazette Sport the communication manager of the Bikers club Tshegofatso Sentsho stated that the event its a one of a kind, “we cannot explain the excitement that we have towards the event, we love motor sport and that is what drives us to bring such a prestigious event,” he added.
He said that the championship event will have an economic benefit to the community of Serowe and also stressed down a point that this initiative promotes tourism through sport.
Sentsho said that they are taking no chances as they benchmark with the international standard set by Federation Internationale de Motorcylisme Africa (FIM AFRICA) to provide doping tests for riders through the World Anti-Doping Authority (WADA).
Speaking to Gazette Sport, one of the organizing members Odireleng Mmolai indicated that the public can expect a nail biting thriller and a big fight between Yamaha, Castrol, Full taps and the two mine teams, Orapa and Jwaneng.
“Adding more, this will be the first race to Serowe, gone are the days where you mark the route on the bush, this is done in way that the villages enjoy every moment at spectator points well marked, it’s going to cover 70% of Serowe ward for people to witness this. Vincent Crosbie, our first Motswana and the man from Serowe will be there to race on his mother land for the first time” said Mmolai.
Reached for comment, one of the participating acts sponsored by Baisago University and Castrol Botswana, Kagiso Stephens told this publication that he is patiently awaiting the big day. “I am so much looking forward to the Serowe off-road since it will be for the first we race in that area. I believe I learnt a lot from the previous races and had to work on my mistakes in order to improve my riding. I am currently lying 5th in class and my intention is fight for at least podium position at the end of the championship in November,” he said.
In his closing remarks, Mmolai encouraged the locals to embrace motor sport and said the registration is currently on going until  07th September 2016. The entry fee is P450.00 for 100km and P550 for 200km 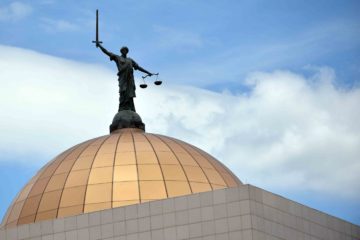