World 400m champion Wayde Van Nierkek has opted not to take part in the 2018 Commonwealth Games’ 400m event in order to focus on the 100m and 200m races at the event. This could pave the way for Botswana’s golden 400m trio of Isaac Makwala, Baboloki Thebe and Karabo Sibanda to mount a serious challenge in the Commonwealth Games and gun for podium finishes.
Van Nierkek has, for the past 18 months, been the world’s best 400m athlete but as many predicted he is now the new “face of the IAAF”, succeeding retired athlete Usain Bolt. The South African athlete has decided to take his talents to the shorter distance events like Bolt.
Van Nierkek won a silver medal in the 200m event at the IAAF World Championships in London this year. He reportedly sees his future in the 100m and 200m races, a move in line with many analysts’ prediction that Van Nierkek would be the new star attraction of athletics.
Makwala, Thebe, Sibanda and Steven Gardiner will now tussle for the 400m crown at the 2018 event which will be held in Gold Coast, Queensland, Australia. Makwala challenged Van Nierkek all the way last year, he won the IAAF Diamond League for the 400m category and would have certainly been Van Nierkek’s main rivals again.
Thebe was also a top contender in the 400m races last year, he accumulated the most points in the run up to the IAAF Diamond League final. The youngster sustained a season ending injury prior to the Diamond League final and would have been amongst the favourites to win the Diamond trophy given his rich vein of form throughout the year.
Without Van Nierkek, Thebe will fancy his chances to build on his impressive performances from last year even if it means he has to topple his fellow countrymen to get the 400m crown.
Gardiner 22 year old won a silver medal at the World Championships, he is the biggest threat to the Botswana trio given his knack for podium finishes in global competitions, the Bahamas  sprinter has age on his side as well. With the likes of LaShawn Merritt reaching the latter stages of their careers the young crop of Thebe, Gardiner and Sibanda are the new forces to reckon with, along with the evergreen Makwala.

We want to win them all - Molao

OP Roped in as Basarwa Flock back to CKGR 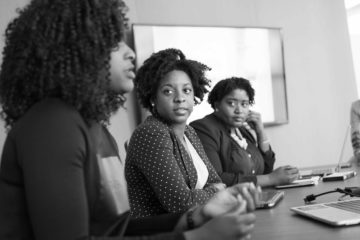