Thato Supang emerged as this year’s winner of the NDB Business Plan competition for women. Her business is one that combines two industries that look extremes apart especially in a developing country like Botswana; Agriculture and ICT. Her information dissemination online portal Agric Business Forum (www.agribotswana.com) was founded in 2011 but due to delays from partnering organizations and such, the portal went live on October 2012 and on average gets about 6500 visits a month. With an IT background, Supang shares that for her pursuing this line of work was a case of combining passion with qualification and explains the ever growing ubiquity of ICT and low costs to the user helped her make the decision.

The current state of food security in the country she says is the one that drew her to pursue the initiative. “The amount of food stuffs we get from other countries is alarmingly disturbing. As well as what we expect from the future; the global population is expected to reach 9 billion by 2050, and demand for food is projected to increase by 70% over the next four decades, which means farming should be really developed in order to keep up, and feed our nation. So I thought, Market Access and information dissemination could really have an impact on the situation,” she explained. She describes the core service of the online portal simply as ‘convenience’.

Agric Business Forum offer a solution that ensures that time; size and location no longer have to be barriers in accessing markets and information. Farmers can get inputs and their prices, search for contacts of suppliers by village or location, and even list the products they want to sell, including many other services at their own convenience. The information made available on the site is sourced from local farmers, online research from neighbouring countries with similar environments as well as the MoA, which they have partnered with.

Portal users are mostly youth in farming and those looking to start agric projects. The older generation is the other group which makes the majority of the portal users. “Most people are quick to doubt this, but older farmers, mostly commercial, are former Government employees and are fully capable of utilising the internet on computers, laptops and smart phones,” she says.

In regards to online reach to farmers countrywide, Supang highlights that so fat this hasn’t proven to be an issue because most farming communities are within reach of semi-urban and urban settlements, “so most farmers do mostly have internet access because of this as they casually stay between the two environments,” she states, adding however that for small holder farmers in the deep rural areas, internet access remains a challenge, though the situation is hopeful due to the gradually growing internet communications access. She notes though that the portal is accessible on mobile phone which helps the situation.

Of the many challenges facing the development of ICT in the country, Supang says that for Agric Business Forum it is lack of knowledge about ICT which causes fear and doubt about catching on to the online portal, “This is a new concept and so it takes some effort in getting people to trust in it. Internet access as explained is also a challenge,” she mentioned.

Bill Ready for Tabling in winter session of Parliament 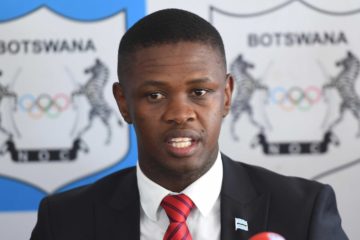