He said fuel companies Shell, Total, Engen, Puma, just to mention a few have been using credit facilities in the form of overdrafts from local commercial banks to finance the importation of fuel into Botswana. As a result of rising under recoveries and the inability by government to pay money owed, the companies overextended themselves with the banks, in the hopes of an urgent settlement promised by government.

Government seems unable to come up with a coherent strategy regarding fuel prices. Officially, retail prices of petrol, diesel and paraffin are regulated, but not subsidised, with the National Petroleum Fund (NPF) providing a stabilisation mechanism. In principle, pricing decisions are taken by the newly-established regulator, the Botswana Energy Regulatory Authority (BERA). But with oil prices rising, domestic prices have not been increased sufficiently to cover the cost of oil imports. According to Jefferies, a problematic clause in the BERA Act, inserted late in the drafting process, requires all of BERA’s pricing/tariff decisions to have Ministerial approval.

In practice this means Cabinet approval, so even with an “independent” regulator, fuel price regulation is still politicised. Sub-economic pricing reduces (or postpones) the impact of higher fuel import costs on inflation, but Jefferies says there is no clear mechanism for making up the shortfall when there is under-recovery of fuel import costs through retail prices. Even with the modest fuel price increase announced recently, retail prices are still at least P1 per litre below cost.

“The deficit is financed by fuel importing companies, which have substantial overdrafts believed to total around P1 billion currently, and this will steadily increase unless prices are increased further,” said the economist.

Implicitly, this is money owed by the Government (via the NPF) to the oil companies, but there appears to be no strategy in place for paying off this debt. Similar inconsistencies are apparent in the pricing of water and electricity, both of which are below economic cost. Besides creating economic distortions and undermining the new regulator, Jefferies said another result of the fuel price policy is to take liquidity out of the banking sector, due to the need for oil importers to borrow heavily. He said this will be compounded by another government decision to remove monies held in the banks by off-budget Special Funds, which will take a further P1.8 billion of liquidity from the banks.

“Although there is currently not a liquidity shortage we estimate that there is around P4 billion of liquidity in the banking system over and above the banks’ statutory and operational requirements. Removing the Special Funds could lead to a tightening of liquidity, and should therefore be done slowly,” said Jefferies. He added that liquidity tightening may lead to a slowdown in credit growth and more competition for deposits. This is already apparent, with deposit interest rates rising; however, further increases will be necessary if funds are to be attracted from balances held outside of the country or domestically in foreign currency deposits. This would in due course lead to higher lending rates, even if monetary policy remains loose.

With squeezed margins, fuel companies were forced to import fuel into Botswana through credit facilities from banks. Now the banks are skeptical and could pull funding anytime, which could lead to hardships in importing fuel into Botswana, a looming fuel security crisis.

Minister of Mineral Resources, Green Technology and Energy Security Eric Molale said under recoveries are currently over P1.3 billion. Consequently this is the sum that fuel companies seek as debt from the banking sector. Molale said they were aware that fuel companies owe banks a lot of money because of the fuel prices. He said government is working around the clock to find money to pay back the oil companies.

“We understand that if we do not pay them, they could retrench workers because of financial constraints, as well as have challenges in importing fuel,” he said.

After the P830 million creamed off other budgets was paid to owed multinational oil companies, the remaining debt stands at P1.3 billion. Molale failed to give a direct answer to questions regarding plans to resolve the issue of under-recoveries once and for all. He spoke of two options – to seek subsidies to cushion the consumer and ensure that Batswana did not suffer from wayward inflation or to stop regulating fuel prices. “We consult the Ministry of Finance, the Ministry of Trade and the Bank of Botswana to make sure that the price increases we (make) do not hurt Batswana,” he said.

According to the embattled minister, the option of stopping regulation of fuel prices so that they moved in reaction to global fuel price movements was not amenable politically, socially and economically. The P830 million sourced from other government departments was a fragmented loan that will have to be paid back because the monies were meant for specific purposes. 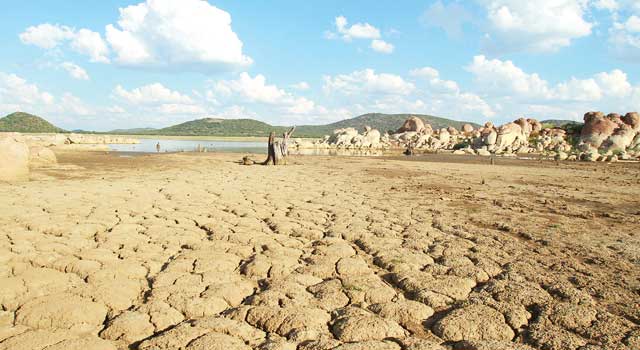