Botswana Government’s inability to fully fund the nation’s oil company- Botswana Oil (BOL) – is causing uncertainty for its (BOL) ambitious strategies.
BOL executive are very busy negotiating with other stakeholders in the region to bring about and optimise their efficiencies in a strategy to achieve the triple bottom-line of profit making, environmental friendliness and corporate social responsibility.
Modise Koofhetlhile, BOL General Manager – Strategy and Business Planning revealed in his first media engagement last week that since its launch in October, 2014, the company has embarked on an expansion strategy encompassing the diversification of supply routes, control of liquefied petroleum gas (LPG) and production of lubricants.
BOL is also looking into coal beneficiation: “We are talking to most of the players in the coal industry,” added BOL Ventures Manager Gamu Mpofu.
The company will also launch a product line of lubricants in 2017 and start developing a blending plant by 2018. It will also consider all opportunities along the gas and value chain, from exploration to distribution.
BOL says emerging citizen companies stand to benefit from opportunities like logistics and should engage BOL. “We are not going to compete with the private sector for tenders; we are here to facilitate them and ensure that they become players in this space,” said Willie Mokgatlhe BOL Chief Executive.
“Three home grown oil companies will soon enter the market,” he added.
Funding however, will be a big challenge for BOL as government says money is too tight to mention. During the National Budget presentation in February this year, Finance Minister Kenneth Matambo warned government entities from seeking more funds during this current financial year, something Mokgatlhe is well aware of.  “Government has asked us look for funding from other sources and they will offer assurances and support,” Mokgatlhe told Gazette Business.
BOL, which is already profitable after a year of operation, had planned to at best break even by the second year of operation. However, the fallen global oil price created favourable variances in the market. The company however signed a cooperation agreement with South Africa’s national company, PetroSA, in 2013 to jointly explore upstream and downstream hydrocarbon opportunities and ensure security of petroleum supplies for both countries.
“We are currently in negotiations to extend the pipeline from Gauteng to reach Botswana,” affirmed Mokgatlhe.
Two years after crossing the Rubicon to establish a national oil company like other countries in the region, Botswana is seeing an 18 days cover of fuels, should no fuel be imported into the country. “Without a continual and secure supply of petroleum products, our economy could be compromised,” said President Ian Khama, when officially opening the new parastatal company in 2014. BOL is aiming for a 60 days fuel cover by the year 2020.
The country has always been adversely affected by South Africa’s fuel supply challenges, with fuel retailers scrambling for the limited supply while shipments from oil producing countries in the Persian Gulf took long to arrive. This impasse prompted Government to quickly set up BOL.
To avert this type of in eventualities, BOL is planning to expand its facilities in Francistown, while the south part of the country will see the Gaborone plant moved to Tshele Hills where it will carry 149 million litres of fuel.
“There is currently a tender being floated for which will see the expansion of the Francistown facility,” BOL executives said.
BOL is however looking to emulate national oil companies like that of Mozambique which owns 30 percent of locally operating Puma Energy.
“Why can’t we do the same?” asks Mokgatlhe rhetorically.
Mokgatlhe stresses that Botswana Oil is different from other state owned companies in that it was not established by an Act of Parliament, and therefore has the added challenge of having to make profits, to remain within the law, subject to Companies and Intellectual Properties Authority scrutiny.
“It is the plan that Botswana Oil lists 49 percent of its shareholding after two years of making profits; we made profits of P9.8 million in 2015,” he added.
Though the company still awaits legislation that will give it a mandate to implement its business plan; due to favourable oil prices, the company already made a profit ahead of schedule as it had planned to break even by the second year of operation.
“We will continue to make profits and we are working on a Plan B…For a start, Government gave us a loan of P20 million in products and P20 million in cash; we drew down only P12 million and we have paid back that part because of favourable oil prices,” said Mokgatlhe who added, “The listing of BTCL (Botswana Telecommunications Communications Limited) has given impetus to the whole privatisation drive and even Government now sees that this can actually be done.” Going forward, he said the company will have to set up properly and fix equity issues and start approaching backs for funding. 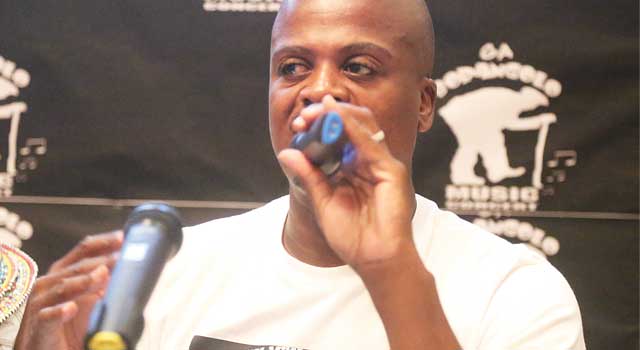