The looming shutdown of Bona Life Insurance Limited will wipe out hopes of a thriving indigenous insurance firm in the cut-throat, yet highly lucrative insurance industry, giving on a silver platter the entire market to South African insurance companies.
The Non Bank Financial Institutions Regulatory (NBFIRA) has appointed Paul Masie, former Alexander Forbes Chief Executive Officer (CEO) as Bona Life Statutory Manager. The insurance firm is insolvent and its shredders have no means of recapitalising it. Only Botswana Public Officers Pension Fund (BPOPF) has the money. But officials at the Fund have said that BPOPF will not recapitalise Bona Life, because it would be akin to throwing the money down the drain.

Bona Life has been insolvent for a while now and does not meet the Prescribed Capital Target (PCT) which requires that the amount of minimum assets that an insurance company should hold should be one and a half times larger than its liabilities. According to the Insurance Industry Act, if Bona Life remains insolvent, it shall be liquidated.

The penetration of Bona Life into the insurance industry meant that for the first time ever, a 100 percent Botswana owned company was competition in the sector, dominated by South African insurance companies.

In 2018, the value of the Bona Life annuity portfolio grew to exceed P800 million, with approximately 740 actual annuitants most of which were retired members of the BPOPF and retirees from government parastatals. The individual life portfolio had over 6000 policies and approximately 40 group life policies. Bona Life has signed up intermediary contracts with 27 intermediaries with close to 200 agents.

During the 2018/19 financial year, the insurance industry comprised of 23 insurers/reinsurers, of which eight (8) were life insurers, according to the NBFIRA 2019 annual report. Only Bona Life was an indigenous company. Botswana Life, the largest is controlled from South Africa and so is Barclays Life Botswana, which has since rebranded to ABSA Life Botswana. There is also Hollard Life Insurance, Liberty Life Botswana, Metropolitan Life Botswana, Old Mutual and Western Life Botswana.

The total gross written premium generated through the life insurance sector amounted to P4.1 billion in 2018 compared to P3.7 billion in 2017, an increase of 11 percent. Net profit before tax for the life sector during the fiscal year is reported at P464 million, being a decrease of 34 percent from P703 million in the previous reporting period.

In the twelve months ending March 31, 2019, the insurance sector recorded a 21 percent net reduction in the number of licensed entities from 298 in 2018 to 236. Altogether, NBFIRA says that 41 new licences were issued out of which 35 or 85 percent were corporate agents. However, the increase in the number of licensees was less than the 103 recorded withdrawals and dissolutions, which were also dominated by the corporate sector, and resulted in a net reduction in licensees by 62.

The insurance industry continued to be dominated by the life insurers who accounted for the largest share of assets and gross written premium under-written during the year ending December 31, 2018. NBFIRA says the market share of industry assets and Gross Written Premiums for the Life Insurers were 85 percent and 74 percent respectively. The later was a marginal decrease from 75 percent registered in 2017. Total liabilities of the Life insurers accounted for around 81 percent of the total insurance industry assets for the year ending December 31, 2018. This is a slight reduction from the 84 percent recorded in the previous review period and points to a strengthening of the overall capital to assets ratio to 19 percent in 2018 from 16 percent in 2017.

The contribution of the insurance sector to the GDP remained high by regional standards but was unchanged at 3.5 percent as overall gross written premiums registered a marginal increase from P5 billion in 2017 to P5.4 billion in the current year.

Still No Sponsor In Sight For Volleyball 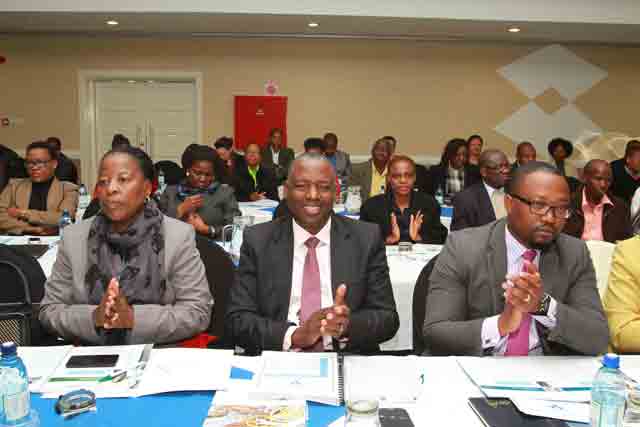