After salary hikes are effected on April 1st this year, more civil servants will now afford top up loans, which analysts say will benefit mostly Letshego Holdings limited, a micro-finance firm which has a ‘deduct at source’ code with government of Botswana, Brokerage firm, Motswedi Securities has announced.
Letshego, a micro-lending firm worth P3.4 billion in market Capitalisation extends lending mostly to government employees and those employed in quasi government institutions. While lending to its target clientele, Letshego’s deduction code arrangement would ensure that before salaries are credited into accounts of civil servants, installments due to Letshego are collected by the employers and paid as a lump sum to the micro lender, which minimized or eliminated chances of defaults. With limited defaults, Letshego, impairments were also kept low. During the 2018 reporting period, Letshego’s impairments were just P108 million, against profit after tax of P329 million. Letshego in 2018 made P1.2 billion as interest income, or rather interest made from loaned funds. Letshego’s loan book is valued at P8.1 billion.
As such, Letshego has been attractive to investors, and because of its modus operandi, the company has grown in leaps and bounds and today operates in 11 African countries where growth is also recorded. Just recently, President Mokgweetsi Masisi’s government announced that it will by April 1st, effect a 10 percent salary hike to employees of pay Grade A –B and then a 6 percent increment to Scale C and D. This will increase the government wage bill by almost P1 billion monthly. It will also increase the disposable income marginaly, according to Motswedi Securities experts led by Head of Research Garry Juma .
With investors already expecting the loan book to swell further than P8.1 billion, motivated by the looming salary hikes, stampede for Letshego shares has already begun, driving the share price higher and higher.
This week on Botswana Stock Exchange Limited (BSEL) total shares traded on the exchange stood at 6,089,415 with a total market value of P29.1 million. At the forefront of the traded volumes for the week was Letshego, moving 1.7million shares valued at P2.85million, according to Motswedi Securities. However the stock’s price was unchanged at P1.62 per share.
“The country had a household debt of 18.4 percent of nominal Gross Development Product (GDP) in 2017 and was expected to increase in 2018, although data estimates are yet to be released, coupled with the fact that -48.0 percent of formal employment in Botswana is claimed by the Local Government and Central Government. The increment therefore, is likely to reflect positively on the company’s top line,” said Motswedi Securities team.
In 2018 P1.7 billion was disbursed in new or top up loans. The loans were higher than the P1.4 billion that Letshego loaned out in 2017. The total number of borrowing customers increased to 546,000. Letshego had 345,000 borrowing customers in 2017. 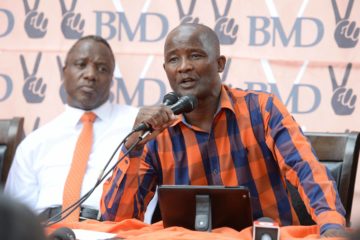