Otsile Nkoane of G-boys entertainment explained that they picked the lineup looking at artists who would complement the theme for the night which is Hip Hop, artists’ popularity as well as their  ability to cater for everyone gracing the event. “The supporting acts form an integral part of any show. What is interesting is that we have managed to make a mixture of genres to cater for different groups of people even though most of the artists in the lineup are Hip Hop. You might have noticed that Vee sings a different genre but people love him and Sizwe Dlomo is a well-known face on SA’s music and entertainment scene. He was the previous  MTV base World Chart Express & MTV Fanta World Chart presenter and a Hip-hop DJ,”  Nkoane said.

Khuli Chana is known for his infectious Motswako anthems and is a favourite amoung local hip hop heads.  Khuli Chana brings a different flavor and sound and is fast becoming part of South Africa’s hip hop elite.

Drama Boi is the local scene’s new kid on the block, signed under Mafia Soul Music and is viewed by many as the future of local Hip Hop. In an interview with Time Out, Drama Boi expressed delight at being one of the confirmed artists to perform alongside one of the best American rappers. “It is such a great achievement and a major step in my career because it shows my growth and relevance in the music industry. Ja Rule is one of the artists I grew up listening to and I enjoyed his music and now I have the chance to be on stage with him! My plan for the night is to sing some of my old tracks and latest hits,” the Utlwa hit maker said.

Vee also told Time Out, “I am very excited to be in the lineup because this is a great opportunity for me to share and learn from Ja Rule and of course other artists in the lineup, I learn from everyone. This is an achievement because it also improves my profile despite the fact that I sing a different genre my music caters for all, everyone should look out for my performance because I never disappoint!”

Similarly Team Distant’s manager Phuka Entaile also shared that being part of the show is a sign of growth in their career and they were more than happy as their standard was also going up. “This is an opportunity to witness a lot from others and learn a lot from them. People should expect surprises as they will get to hear songs that we are yet to release!” he said. 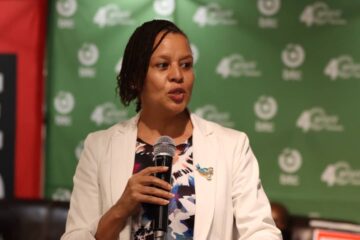