A contributor warns that a frustrated nation cannot work to its full potential and that a nation that lives under oppression cannot rise to glory.

Allow me to begin by extracting words from the Father of the Republic of Botswana, President Mokgweetsi E. K. Masisi. The words that we needed to hear as we entered into a period where we begin to understand those who are with us and those who are not. It is during the first days when the worldwide pandemic hit our borders that we began to realise the true nature of the type of investors we have accommodated in our nation.

As we came into distress, joining the global community to fight the pandemic, we entered into a period of lockdown which was a test for the nation and those whom we assume are here to support that vision of our nation’s leadership. These are the words of the President of the Republic of Botswana during the Nations time of affliction;

It is these words that have urged me to express some of the thoughts which have come to my mind while I stand in prayer for the nation of Botswana. The President has continued to present himself to us as a man of vision and a man who understands the pain and torment that one needs to go through in order to fulfil one’s vision. Therefore, I take it that these words were spoken to put back in order those who forgot that being present in this nation is a privilege and that privilege remains a part of the vision presented to the citizenry of Botswana.

This is a vision that was not declared behind closed doors nor spoken in secret to the privileged few. It was spoken several times on national stages during campaigns and on national television. Our visionary leader declared that Botswana under his leadership will “Advance Together Towards a More Inclusive Economy,”which is a value and principle that we have bought into as a nation. This is a vision that the Motswana who voted believed and looked forward to this commitment from our leaders.

However, there is a question that we never really look into and or our leaders never seem to consider until the economy is under threat. As it is, our economy is not in the hands of the indigenous Batswana, which means that in order for the more inclusive economy that our President wishes to steer the nation towards, there is a section of people who are currently dominating the economy that needs to support the vision of the President and his leadership. The question that we fail to ask is whether these people are supportive of the vision of a more inclusive economy?

Recently His Excellency expressed displeasure at the way these dominant players have failed to consider the welfare of the citizen employees of the Republic of Botswana. Many of these companies have been involved in Corporate Social Responsibility initiatives over the years,making it look like they have the welfare of the citizens at heart. But when the time came, and their allegiance to the presidency or leadership put to the test, it was not the welfare of the citizens that turned up as first priority but their greed and desperate PR exercises to win favour with the presidency that took first place. Many of these companies rushed to answer the call to donate to the Covid-19 Relief Fund while they rob and inconvenience their employees who have worked hard over the years to grow their businesses.

While they were posing for pictures with big cheques, behind the scenes their employees were being forced to go on leave and robbed of their hard earned leave days during the lockdowns. Some employees were forced to take pay cuts without any consultation. The biggest culprits were companies which were not completely shut for business but continued to operate under the “essential services” banner. While other companies were completely shut down and were without any income at all, the businesses in “essential services opted to skeletonise their staff by forcing them into rotated leave. Some of their employees were forced into involuntary lockdown and later lost their leave days without consultation. This is despite the Minister of Labour clearly warning against such practices, which to us the citizenry is an indication that these companies have no respect for the presidency.

Let me remind us that many of these companies and their directorships are not Botswana citizens but are permit holders who have sworn allegiance to the nation through the laws they have to obey in order to receive and continue to hold their work permits. Some of these permits have actually been over renewed through the loopholes that our citizen consultants use to keep their own businesses afloat. As an indigenous Motswana, I strongly believe that one of the laws or oaths they take is to ensure they prioritize the welfare of the citizens of Botswana. I also believe that when applying to do business in Botswana and to receive work permits in Botswana, they agree to work towards the vision of the Presidency of Botswana.The agree to work towards fulfilling whatever road map the President has set before the nation and to make Botswana a better nation.

The error that our nation has made over the years is that the leadership has promised so many things to the voter but failed to ensure that those who are non-citizens are made accountable for their lack of contribution to the commitments set by the presidency. It should be made clear that when the President of the Republic of Botswana stands before his people to speak, he is addressing everyone who is a Citizen and a temporary citizen by means of a residential or work permit. An example of the continued defilement of the President’s vision is the rate of unemployment caused by foreign owned businesses in Botswana.While the President is promising to fight unemployment, we have companies that continue to contribute to unemployment in Botswana through corporate racism and hidden slavery.

Corporate racism is the new kind of racism that continues to smile at the citizenry while exploiting them, oppressing them and ruling over them with an iron fist. This is the type of racism that is imported under the cover of creating employment and contributing to the national economic objectives while in actual fact the citizens are the ones who work while their taskmasters enjoy huge salaries and benefit from the colour of their skin. Corporate racism continues to allow certain positions to be reserved for foreigners despite the government investing heavily to educate citizens for these positions. In certain companies, these positions are reserved because the head office is in a foreign land, which means the person preferred to head operations in Botswana should be a foreigner despite there being Batswana who qualify for the position.

Corporate racism is evident in the high salaries and benefits awarded to under-qualified foreigners while qualified citizens holding the same positions in the same citizens hide because of their need and desperation for employment. We were never oppressed or discriminated against as a nation but our desperation has brought us to the point of calling anyone who is our source of income “Lekgoa lame.”

Corporate racism cannot survive on its own or maintain itself without hidden slavery. We are in a season when the whole world is crying out, “Black Lives Matter!” It is a phrase that has been there for generations from the time of slavery, although not in exactly the same words. This phrase does not only speak for the lives that have been lost because of the actions of law enforcement officers in the US but also speaks to the welfare of the black people all over the world.

Hidden slavery is basically denying a certain race of people the freedom and wages that they have earned. It ismeasured in the same manner as corporate racism but with taskmasters strategically placed to enforce oppression of the workers. During slavery, there was always someone strategically placed between the master and the slaves, usually a person of the same race as the slaves. This person was placed in a supervisory role and enjoyed certain privileges that the slaves did not have. This is the person who stood and spoke for the master against the slaves and to the master concerning the slaves in order to maintain themselves in their positions of trust. The master of the house was able to give instructions and leave it to the taskmaster to enforce however they saw fit. In today’s hidden slavery people still exist who assist these foreign employers to oppress the citizen employee for additional privileges. They assist the foreign companies in hiding illegal labour practices which include dismissal of employees,renewal of permits, deducting leave days and slashing salaries. They pay no attention to the welfare of the families and commitments of these employees which they are throwing into the deep end because they enjoy their privileges and are immune from certain company rules.

In conclusion,I would like to take you back to the words of His Excellency as we near the winter session of Parliament. Welfare is not just a food basket, a job or a salary. It is the state of mind of your people. It is the provision that has been put in place for human beings to enjoy their salaries without losing their dignity or freedom of choice in the process. It is also being able to take their leave days to visit their families and to rest. But this may not happen for the next two years for many of citizens because they were forced to take leave during the COVID crisis. A frustrated nation cannot work to its full potential. A nation that lives under oppression cannot rise to glory. A nation that is in bondage cannot experience freedom of democracy. We need to heal this nation from corporate racism and hidden slavery and wake up from the second-hand mentality that has developed in us through our hopelessness. We have become a nation that proudly announces “kere kilekoloi e ncha,” referring to a second-hand Japanese import. This needs to end.

Whoever renews or receives permission to live and work in Botswana should be at the forefront of “Working Together Towards an Inclusive Economy.” Since they are the drivers of our economy, they must be at the forefront of working together with the leadership for the sake of the welfare of Batswana. We cannot continue to allow presidents to come and go, each promising to create employment while foreign businesses continue to effortlessly contribute to increased unemployment because nobody is monitoring their high staff turnover or at least attempt to investigate. We need a Labour Inspection Department that will not go and see the HR Managers on appointment because doing so gives them time to hide illegal employees or unacceptable working conditions. Randomly inspections and engagement with citizen employees is the way to do it. The HR Managers of most companies are the very taskmasters who encourage hidden slavery and defend corporate racism. We need aHuman Resources Society to work together with Immigration and Labour departments on issuance of work and residence permits if we should stop being understudies forever before we are retrenched.

As for us Batswana, it is time to turn your eyes away from worthless things and remove the victim mentality that is common to spoilt children. We need to focus on building together towards a knowledge-based and inclusive economy. We need to become a nation that is focused and determined to make Africa great.

“There Is A Prima Facie Case” 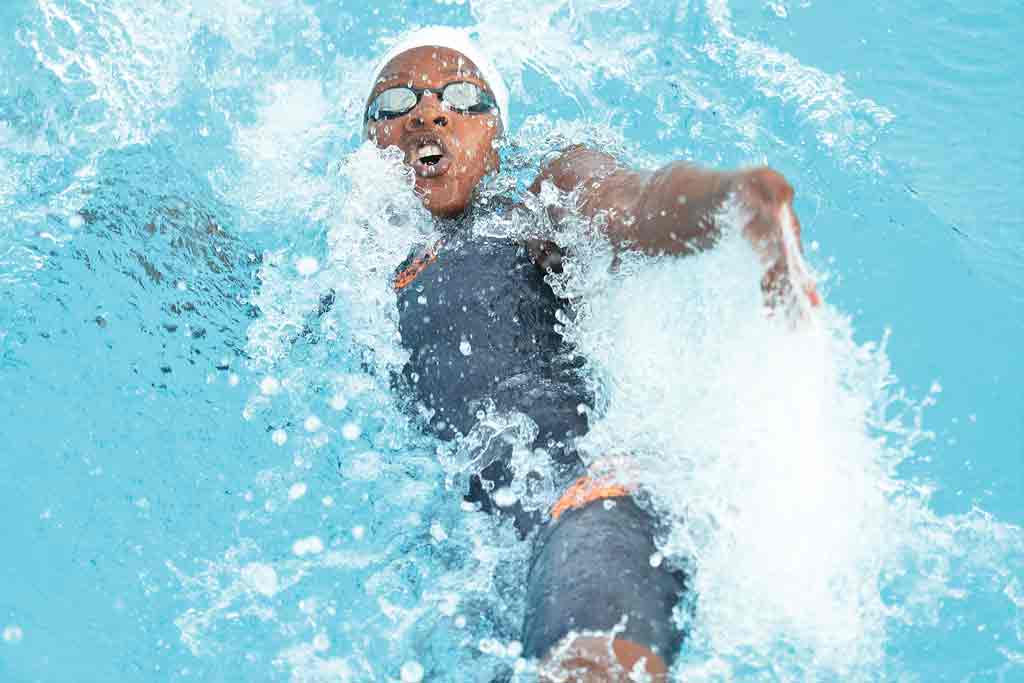