The annual Segai Awards held on Saturday offered the media communication industry a chance to celebrate creative work accomplished by agencies and individuals over the past year. The gala night saw a few agencies walk away with more than their fair share of awards.
The second installment of the awards came at the tail end of  the Ideas Expo, a creative industries conference which brings the continent’s creative industry leaders to network and exchange ideas with their local counterparts.  This year’s conference featured  guest speakers including Chief Investment Officer at MSG Africa Andile Khumalo, Graphic designer Sindiso Nyoni and entrepreneur Lesego Matlhware, and Yarona FM station manager, David Moepeng.
As was expected Dialogue Saatchi & Saatchi also did well at the awards this year , winning 2 Golds, 3 Bronzes and 6 Silvers.  The Golds are for the ongoing teenage girls’ movement SKY campaign under the Integrated Campaign and Events categories. The SKY campaign won the agency a lot of awards on the night after rolling out a massive integrated communications campaign since February that is currently continous on radio, print, in the form of a magazine and social media.
Hotwire Public Relations agency took home 8 awards, with sister business Wired Y&R taking home 3 honours .They  took a gold award in the Design Craft category for their vacancy print ad, “Do You Give A F*ck?”.
BTWA MED COM walked away with 3 Bronzes under Communications Design category and 2 others under Outdoor & Collateral Media category.
The Botswana Gazette sister company-entering the awards for the first time-News Company Films was the surprise winner of the night winning 2 gold trophies in the category of Film/TV Commercials. The trophies were in recognition of Botswana Post’s ‘EMS no manga manga’ and ‘Poso Cloud no manga manga’ ads. News Company Films also took 1 Silver and 3 Bronze awards under the same category. Head of News Company Films, Shike Olsen said it  was a great achievement.  “For us it is a great win as a production company. It is a nod that we are going in the right direction more especially that the judging was external. These were people who had never seen our work before and have adjudicated at higher levels,” Olsen said, adding that having produced and copy-written all the work internally means beyond producing quality work, it also communicates News Company Films’ grasp on what the client is trying to communicate and finding creative ways to communicate it.
Total awards awarded this year was 48 against 30 awarded during the inaugural awards last year, while there were a 156 entrants for 2014 compared to a 95 in 2013 with 10 agencies competing.
Awards Chief Juror Melusi Tshabalala, who is the  Executive Creative Director and Founding Partner at Mojo MotherRussia, a South African marketing and advertising agency, said that he was impressed by some of the work submitted which showed growth of the industry. Tshabalala said they faced some challenges like some agencies failing to submit work that was clear or comprehensive enough to be assessed on the set standards, others entered in the wrong categories and some were difficult to understand because the submissions were not very clear. “In categories like  Live Event and Integrated Campaign, it would have helped if there were videos, it is very difficult to judge a live event based on pictures and words, you don’t get the experience of how it was and what it is you are actually judging,” he said, saying this lead to some categories not being awarded at all.
Chairman of the Association of Communications Agencies, Thabo Majola applauded the growth of the Segai Awards announcing they were now officially registered and recognized by the government.
The awards Chairman Tumiso Mabusela, said the awards showed commitment to creativity, “I think this is evidenced by the fact that this year we have more Golds and Silvers awarded and in general more work got awards than last year. This is a sign of improvement in the industry. I believe that the agencies and clients that did not win will go and  work harder to come up with highly effective and creative work. One must note that the awards not only reward creativity but effectiveness as well. I think we will begin to see more exciting and more creative work come out of our local agencies,” Mabusela said.

Preparing for camping at the Desert Race 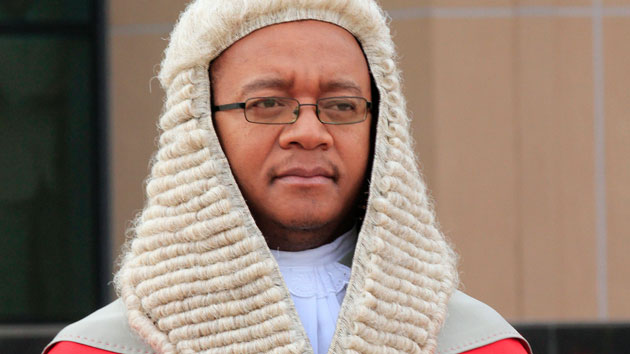