October 22, 2020 Admin
Home»Opinion»Column»Democracy constrained by the President and his powers
Column/Latest News/Opinion

The postponement of Francistown West bye-elections serves to remind Batswana that their President is too powerful. The President (or Acting President as it was the case in the postponement of the polls) issued a proclamation in terms of the Electoral Act to postpone a bye-election originally scheduled for the 23rd of November 2013 purportedly acting in the interest of the public.

Botswana’s democracy is seriously constrained by enormous sweeping constitutional and other powers of the President. Section 30 of the Constitution establishes the office of the President and provides that he shall be the Head of State. Section 47(1) vests the executive power in the President which he can exercise directly or indirectly through his subordinates. 47(2) allows the President to decide alone as long as it is not prohibited by the Constitution or any other law. This section authorizes dictatorship as elsewhere heads of state and governments are compelled to consult Parliament or Cabinet or other democratic bodies.

The President cannot be sued either civilly or criminally whilst he is in office, according to Section 41 of the Constitution. He is the commander in chief of the armed forces and does not need Parliament or Cabinet to declare war or deploy the army in or outside the country. Parliament does not have the powers to impeach him for misconduct, violation of the Constitution or any law or for committing a felony or a misdemeanor. In fact he can dissolve Parliament at anytime for any reason. He convenes Parliament, prorogate it and can dissolve it.

The Chief Justice (CJ) (Section 96(1) and Judge President (JP) (Section 100(1) are appointed by the President. The President does not have to consult anybody in making these appointments. The CJ is the head of the judiciary. He or she acts as a returning officer for the purpose of election of the President. He or she is also empowered to declare the President incapacitated. The JP heads the Court of Appeal which is the superior court of record.

Other judges are appointed by the President acting in accordance with the Judicial Service Commission (JSC). The JSC consists of six members, five of which are presidential appointees.  Moreover, the President is given further powers by a plethora of legislation and what is worrying is that most laws establishing institutions which are supposed to strengthen democracy or oversight bodies give the President powers to appoint heads of these institutions without any meaningful consultation with Parliament or anybody.

The electoral laws of Botswana give the President too much power. He single-handedly appoints the electoral management body’s head of the secretariat and his office finances elections. He determines the election dates for general elections and bye-elections.  It would be fair if the dates are codified in the law like in the US for instance. Presidential elections in the US occur on the Tuesday after the first Monday in November after 4 years. All Americans know that the earliest possible date is November 2 and the latest possible date in November 8. There is a need to remove the President from the electoral process as a referee and a player. The President currently is a BDP leader and will always act in the interest of his party and move the goal posts if need be like he did in postponing the bye-elections.

BTO to privatize Heart of the City Carnival 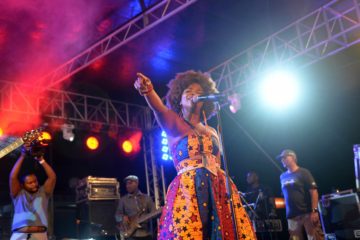