Loans grew by 17 percent, reflecting the bank’s focus in growing loans within the secured lending field whilst managing risk and maintaining strict collections. However, out of this growth only 3 percent of interest income was made. The bank blames this on the low interest environment effected by interest rate cuts by the Bank of Botswana (BoB).  On the other hand, income from non-interest products grew by 7 percent, indicative of an expansion of products on offer. The bank’s operating costs were covered by the revenue from non-interest products.

FNBB’s dividend is sitting at 16 thebe and the results reveal that the dividend payout ratio has declined compared to last year. This decline signals that the bank is retaining more capital so as to strengthen its financial position. The retention led to an effective growth of the bank’s balance sheet, which determines its financial position. BoB requires commercial banks to have a capital adequacy ratio of 15 percent. FNBB’s ratio is 3 percent over the requirement which gives it a slightly above average capital. Commercial banks have been negotiating with BoB about the possibility of increasing their capital. The decision has not yet been made public but FNBB’s retention of capital suggests that the capital adequacy ratio may increase. The suspected increase in capital requirement will exert more pressure on the already stretched banking sector and FNBB may in actual fact be responding to the changes that are about to come.  In addition, commercial banks will soon be required to adopt Basel II and Basel III which represent a comprehensive set of measures designed to guide the regulation, supervision and risk management within the banking sector at an international level. BoB’s capital requirement appears to be more stringent than that demanded internationally.

For FNBB, this year marked the end of a strategy that was embarked upon five years ago and is responsible for propelling the bank into the recognisable growth it has come to be known for. The strategy underpinned four areas of importance namely employees, shareholders, the board and customers. “How can we help you?” This is the question FNBB asks its customers. For the past five years, it has remained consistent in moving its customers into agile use of technological products, thereby increasing their convenience. FNBB’s new strategy, which was revealed by its Chief Executive Officer, Lorato Boakgomo-Ntakhwana, at a media briefing last Friday will solely seek to answer that question. The bank will adopt a customer-centric approach, which will strongly use sales and service models.

To Gazette Business’ question of what else the bank thinks it does not already know about its customers, Ntakhwana’s response was that its next move is to do something about the compact information (“big data”) that the bank has amassed about its customers. She added that this model will enable FNBB to offer the customer something that they did not know they needed.

Chiefs still in talks with Moyana 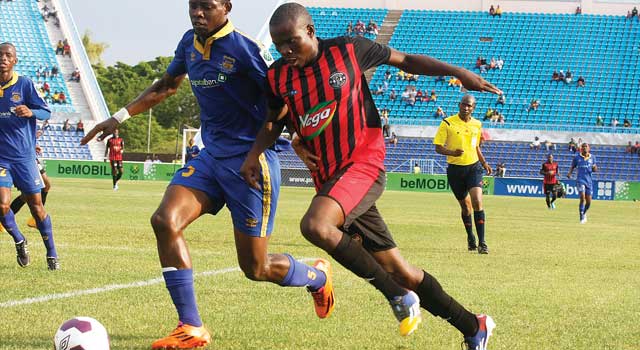