After denial by the government of Botswana that prospecting for natural gas using hydraulic fracking was taking place in the Central Kalahari Game Reserve (CKGR), Chobe and other national parks, the television news magazine programme, Carte Blanche last Sunday confirmed that  fracking was  currently being used to prospect for natural gas in Botswana .

Hydraulic fracturing,  commonly known as fracking is the use of fluid and material to create or restore small fractures in shale rock  in order to extract natural gas. The practice has recently come under fire because of its potential to pollute ground water in areas where it is practiced.

Carte Blanche established that companies were already fracking in the CKGR. Sources who were interviewed using hidden cameras  and were part of the companies already drilling in the CKGR revealed that, “We can practically do anything from drilling through to fracking. We need more equipment to improve the fraks. Last year we were horizontally drilling and deciding which the best way to go is. We got some reasonable results and we have been flaring gas for about two years.”

After a few weeks of denial, the Minister of Minerals, Energy and Water Resources, Kitso Mokaila admitted before Parliament last week  that, “my ministry has issued several prospecting licenses (PL) for coal bed methane (CBM) and petroleum in different parts of the country and a few of that fall within the CKGR. We have not issued any mining license for shale gas or coal bed methane operations in Botswana.”
Mokaila added that, “With respect to prospecting activities in the country, no current operations have been given permission to conduct hydraulic fracking. If such a process were to be carried out without authorization it would be a violation of the Mines and Minerals Act of 1999 and the Environmental Assessment Act of 2011.”

According to the Director of Spring Studios, Jeff Barbee on Carte Blanche  if it happens that the boreholes in the area where fracking is being practiced in Botswana are  contaminated  it will be a huge disaster. “Water is already scarce in Botswana and if large scale extraction of gas goes ahead,  the lives of the wildlife in the area will be in great danger,” he said.
Environmentalist Randal Udall who was also interviewed on the programme agrees that fracking is a disruptive practice.  “It has never been experienced in the United States and people tend not to really understand the full impact it will have. Water produced from the whole process is poisonous.  It will kill birds, it will kill human beings and it will kill plants,” he said.

Even though it is possible to clean the water through the osmosis process, the environmentalist is of the view that it will be too expensive for a country like Botswana.
Interviewed on Carte Blanche, Balefi Gobuamang, Director of Kubu Islands, Botswana Department of Antiquities  said if anything of that kind is going on in  the area it means that people who are living there  will be left empty handed. “ It seems like this is something that has already been done. If this thing is happening already,  we are affected. We had trust that  the government was looking after us. The government must consult us about anything that is going to take place in the area we are living in,” he said.

Seranne Junner, an attorney who represents Basarwa in the CKGR said she is interested to know whether the population on the ground is aware of what is going on. “Not only the population but whether the government departments are aware of the consequences. It’s risky and a long term loss that people stand to sustain,” she said.

Benson Modie at the University of Botswana was responsible for drafting the first government report on natural gas development in Botswana but an environmental impact assessment was not in his report.  Modie said the environmental impact assessment was a condition from the government that was supposed to be done before any  project can start but a feasibility study was never done.

Sasol Unconventional Gas Manager Steve Roden said the government did not require any environmental management plan and it was quite clear that there was nothing in the legislation that triggers the environmental management plan.
Community Activists in Kalahari, Jumanda Gakelebone, said Botswana was still a developing country and if gas companies like Sasol are brought to Botswana it will be a mess. “What they want to come and do is to destroy. The water table will be lower and the water itself will be polluted,” he said.

How Dambe can regain his Platinum Stars place 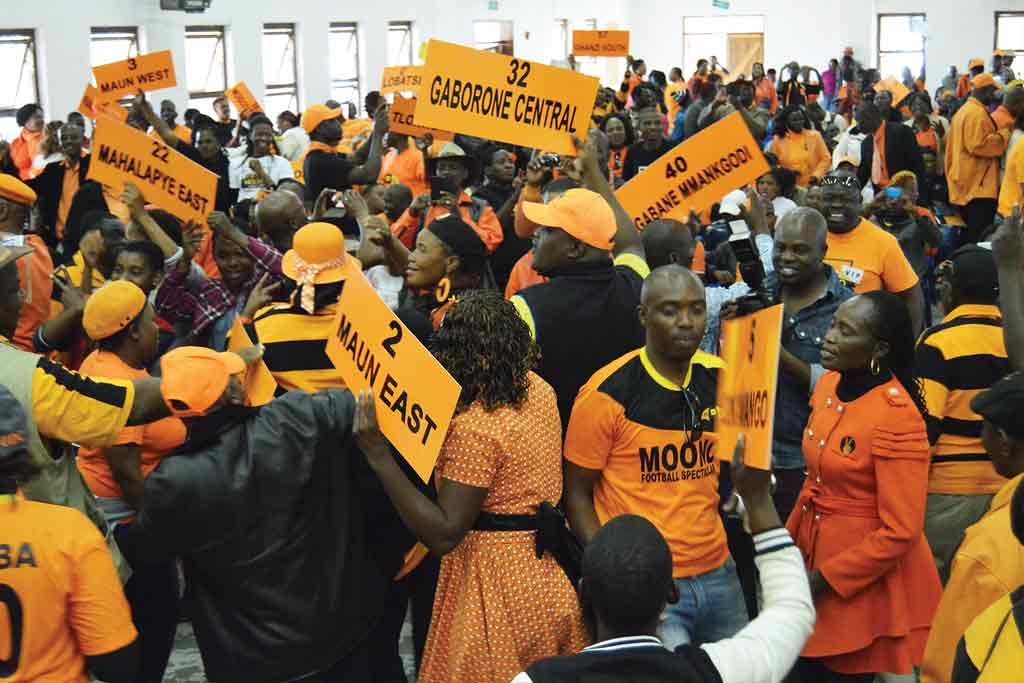