Information turned up by The Botswana Gazette is that former Assistant Minister of Health, Gaotlhaetse Matlhabaphiri, and his symphathisers have failed in an attempt to make President Ian Khama expel Kabo Sebele from the Botswana Democratic Party (BDP).

Despite being in the same party Sebele and Matlhabaphiri are fiercest political rivals. The two had an intense battle in the BDP primary elections in 2013 where Matlhabaphiri won by 1931 against Sebele’s 1060 votes. Sources inside the party said the former MP for Molepolole North is close to President Khama, while Sebele is popular in the Molepolole constituency as he is a Bakwena royal. Sebele is a descendant of Kgosi Sebele I who was chief of Bakwena from 1840 to 1911.

A source inside Tsholetsa House said Sebele has been targeted by Matlhabaphiri’s political sympathizers after challenging the former assistant minister in 2013 for the parliamentary primaries. At the time, insider reports reveal, Matlhabaphiri was supposed to run unopposed for the primary elections, but Sebele decided to run earning him the chagrin of the former cabinet member and that of his sympathizers.

Last year Matlhabaphiri and supporters wrote a petition, seen by The Botswana Gazette, to the party leadership where they reported that after Sebele lost the 2013 primary elections, he decampaigned the former Molepolole North MP. The Matlhabaphiri camp asked the President to expel Sebele from the party. In the petition believed to have been authored by Matlhabaphiri and Molepolole North Branch Secretary Olebogeng Seitiketso,  Sebele was also accused of luring supporters to the Umbrella for Democratic Change(UDC) resulting in BDP’s humiliating loss. In last year’s general elections, Matlhabaphiri was humiliated by UDC’s Mohammed Khan by 8854 votes to 5990.

On Saturday, Khama held an exclusive meeting with the Molepolole North Branch at Molepolole Community Hall. It was at this meeting that Sebele was to meet his fate. A source who was at the meeting told this publication that Sebele’s foes had raised a concern that Sebele has been disloyal and should be expelled from the BDP, but Khama rubbished it. “To their disappointment, Khama told them that he did not come for that issue. He told them he came to mobilize the party towards 2019. Khama also told them that Sebele attempted to meet with him in the past but could not meet him because he was busy at the time. The BDP President also told the Molepolole North Branch that he feared that he was going to be seen as favouring Sebele had he had an exclusive meeting with him,” said the source.

In an interview with this publication Sebele said he had heard rumours about attempts to expel him. He said he did not receive any formal writing regarding his indiscipline. Sebele did not attend the Saturday’s meeting because he was not invited. 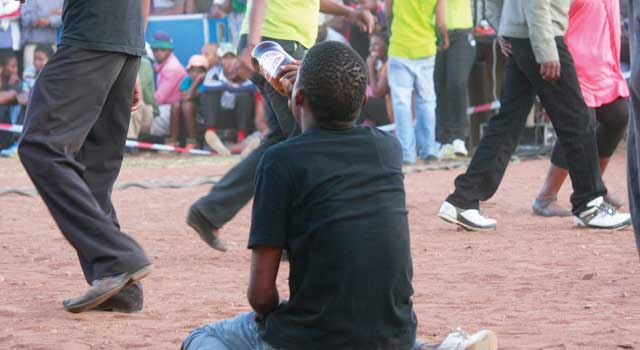