Koko open to a Zebras return

Township Rollers winger Sekhana Koko has stated his willingness to return to international football if he receives a call up. The Popa captain has been on an international football hiatus for almost three years, many had predicted that the appointment of a new national team coach would eventually persuade Koko to don Zebras colours again.
The international friendly between Botswana and Nigeria in 2011 was Koko’s last game; his last official game was an AFCON Qualifier against Togo in the same year. Numerous reports had stated that the player had a difficult relationship with the previous coach, Stanley Tshosane.

Their relationship was deemed irreconcilable according to numerous insiders. Koko was left out of the final squad for Botswana’s maiden appearance at the 2012 AFCON tournament and that decision drew widespread criticism for Tshosane given Koko’s impressive club form prior to the tournament.
Rollers’ speedy winger has been in fine form this season, his goal tally of seven goals has helped catapult his side to the summit of the beMobile Premier League. His form has helped the club reach the final of the Mascom Top 8 and maintain their title challenge.

The former Mochudi Centre Chiefs player is the highest scoring midfielder in the league at the moment; the sort of form that saw him take the 2010/2011 Player of the Season award.
He admitted that his form could attract national team selectors but stated that he is currently concentrating on helping his club win silverware. Koko told Gazette Sport that it would be difficult to turn down a national team call-up in the future.

“I do not want to pre-empt anything but one can never turn down a chance to play for the national team. It would be hard to turn down such an offer but for now, I am only concentrating on helping Rollers achieve success. I want to concentrate on helping my club do well then the rest will follow,” said the 30 year old.
Peter Butler, the new Zebras coach, had this to say about Koko, “He is a good player, he could be a matchwinner on his day. He is the kind of  player that gets the crowd excited. He can also play in various attacking positions.”

The Zebras squad for the international friendly against South Sudan will be released this week, Koko is expected to be included in the roster despite the coach’s reluctance to disclose details about his squad.
Meanwhile Chiefs forward Pontsho Moloi has ruled out a return to the national team,stating  that he has fulfilled his role at national level. Moloi has reportedly impressed the new coach but he has dismissed any talk of an international u-turn.

Koko open to a Zebras return 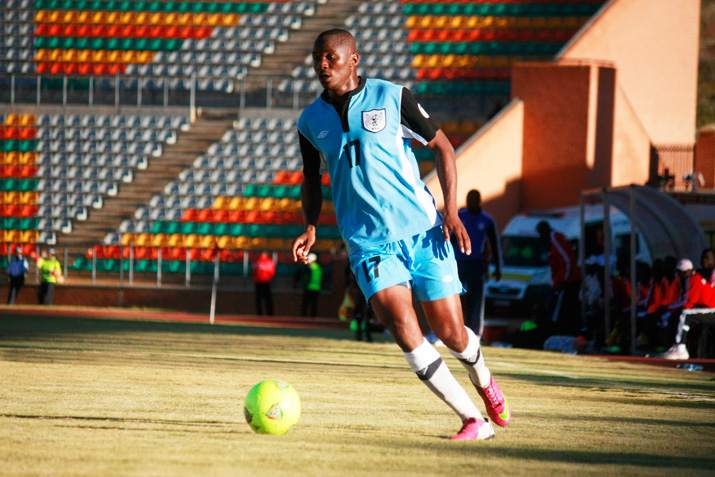