Team Bagaka, a group of artists contending for Copyright Society of Botswana (COSBOTS) board positions say they will not honour debates organized by Botswana Music Union (BOMU) scheduled for 16th August.
Speaking on behalf of the team which comprises Mpho Nakedi, Benah Manthe and Alfredo Mos- jazz artist Thabang Garogwe said it is not in their plans to participate in the debates as they will instead be going around the country reaching out to artists: “75 percent of members of COSBOTS are outside Gaborone and most times when a meeting is planned most of them can’t even afford to come to Gaborone to attend. Therefore, our plan is to travel to these major villages and engage with these artists,” he said, quipping that instead of burdening itself with debates BOMU should focus on dealing with its “office issues”.  The debates failed last month after contenders from board positions did not turn up.
Garogwe says their team is interested in seeing the welfare of artists uplifted and that COSBOTS leadership should care about changing the lives of artists which are currently disheartening. He says corruption at COSBOTS has contributed to the desperate conditions artists find themselves in. “We are looking beyond debates to address the problem. Debates won’t solve our problem, uniting musicians will because we cannot fight corruption when we are divided,” he said.
For his part BOMU Secretary General Pagson Ntsie said he did not understand why the union is expected to stay out of COSBOTS matters as they work hand in hand.
“COSBOTS was formed because of our artists. If we had kept quiet and ignored the COSBOTS situation it would have backfired. If Team Bagaka decide not to come they would be killing themselves, the debates are for their own good,” Ntsie said, adding that Team Bagaka did not want to attend because they feared their skeletons would be revealed to their faces.
The current COSBOTS board recently revealed that it rescheduled the debates to the 19th August because they needed to ensure that they deliver a properly structured and professional AGM which includes conducting credible, transparent and fair elections for board vacancies.
“To that end the board instructed an independent organization, BOCONGO, to handle the electoral process to ensure that credible, transparent and fair elections are held. Unfortunately, BOCONGO has advised the board that in order to deliver on their mandate they will need more time and will not be ready by 22nd July 2017,” the board said. 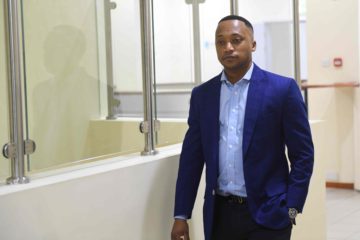