Members of the Copyright Society of Botswana (COSBOTS) last week took turns to express their frustration with how the board runs the society, saying as it stands it is not only improperly constituted- as its mandate expired on 2nd November 2016- but is also dogged with unending problems.
Addressing a press conference in Gaborone last week, Alfred Mosimanegape speaking on behalf of 300 artists said, the COSBOTS leadership had failed to give the organization direction, saying the board which is unlawfully occupying office should leave office.
“The standard procedure was for the board to inform CIPA of expiry of their term, hold elections prior to the expiry of their term of office, so that a board could be appointed,” he said. He revealed that they had instructed their lawyer to write to board members instructing them to immediately vacate office.
The aggrieved artists also said the COSBOTS board and CEO were not transparent and are in the habit of misinforming the public. They gave the example of the case of royalties saying the Department of Broadcasting Services and Duma FM were being unnecessarily scapegoated for the board’s failure to provide a forensic audit that would clean the mess at COSBOTS once and for all.
The artists said a forensic audit would be able to show how much money was collected, distributed, used and how much of it remains. They argued that where money was misappropriated, responsible people should reimburse it and be brought to book.
On the lack of transparency, they cited the matter in which the board engaged Onquest (Pty) Ltd and Afrobeam companies as well as buying an office building without consulting them. They said there were clear cases of conflict of interest in these matters.
Jazz artist Thabang Garogwe, speaking at the same press conference said problems at COSBOTS have been going on too long and that as artists, they would never stop talking about them because they are passionate about the arts and want to rectify things for future generations.  “We want to fix them now because they could stifle a potentially lucrative industry,” he said. Garogwe also said as much as they as artists and members want to be compensated for their works, they want a harmonious working relationship with users of their material and not to appear as if they are robbing them when insisting on being paid.
Responding to the concerns of artists, COSBOTS Chairman Solomon Monyame said the board was within its rights to engage the companies they were questioning. “The tenders in question were publicly advertised tenders and all board members are required to declare their interest and I as the chairman was duly recused on my declaration of interest. The procurement of company assets are investment decisions that rest with the board. The matter of conflict has been procedurally questioned and was attended to by DCEC. The case was deemed to not pose a conflict of interest,” he said.
Monyame also said the forensic audit the artists were calling for was actually “contained in the audited annual reports that are distributed to members at all AGM’s.”
Meanwhile, COSBOTS Corporate Communications Manager, Seeletso Lekgaba told Time Out he received the complaints of concerned artists and promised to address their concerns and provide them feedback. 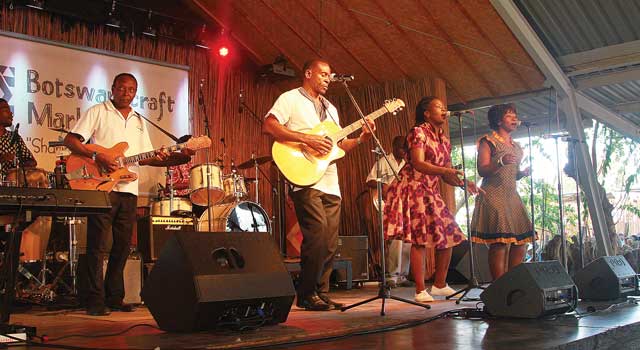