Brando’s philosophy is that comedy and misinformation do not mix

Over the past few weeks, the online community has expressed its admiration for the skills of local comedian, Brando Keabilwe, who has kept everyone informed while tickling their funny bone during the nationwide lockdown with his fictional character, Honourable Kenole Gape, in the starring role. Brando firmly believes that even in a time of crisis, people need comic relief.
“Brando is not so different from the characters I play because those are obviously my thoughts and opinions about some of the issues out there using comedy as my outlet,” he said in an interview. “But the views expressed in most of my comedy are an expression of what I sincerely think of the issues, and that’s a side that most people don’t know about me.”

He says Kenole Gape is a character that he came up with to suit the COVID-19 situation where delivery of the message of prevention of infection with the Coronavirus and control of its spread is of the utmost importance. His production is a one-man affair where he conceptualises, records, edits, and uploads the videos online. Brando says the production, which he calls “Bad TV,” is not top-notch because it has no funding.

“Kenole Gape is the minister of everything,” Brando explains. “He is that drunk uncle that everybody loves. I came up with this guy because he is speaking to all those people who obviously socialise and alcohol is a way of life for them. Right now those people are in a situation where alcohol has been taken away from them and there is nothing they can do about it. Most people are aggravated by this situation and they feel it is their right to drink as and when they want but it is very detrimental to their safety at this point in time.”

Originally, Brando was set to produce two programmes a day but he now produces four because of demand. The response to his videos has been huge as people are constantly asking for more. He says he never expected such a surge but understands because COVID-19 means people are all in their homes, multiplying his audiences.

Says Brando: “People are laughing about and understand that it is comical and there are no hard feelings. I am also throwing in the behavioural change component into it and there is hidden messaging to tell people that look it’s a tough situation and we have to find ways of getting by until the threat of this pandemic has subsided. We will get back to something of normal life but it’s not going to be business as usual without being business as usual. As much as you might love your alcohol, your clubbing, eating out or shopping, is it really worth dying for? It obviously isn’t.”
Asked how he guards against fake information going into his content, Brando says it is every comedian’s business to understand that the point of comedy is not to misconstrue information. The whole point of comedy is to reiterate the truth, and in the instance of COVID- 19, not to deviate from the position of the government.

“You never want to be in a situation where we are faced with a serious issue and you are making jokes that are going against government messaging,” he said in an interview with Time Out. “With this virus people can lose their lives because of misinformation. Therefore, if you are not smart enough to tailor your material to what is right and responsible, then do other subject matters.” 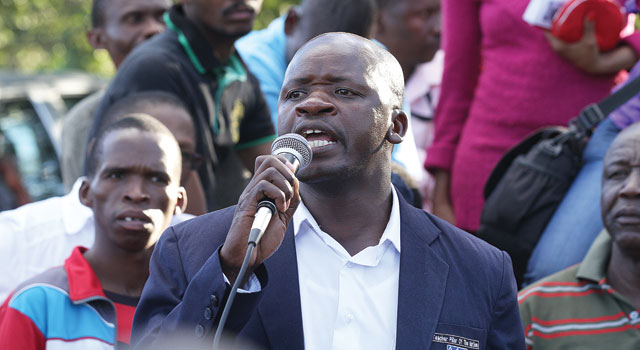