There is an unwritten rule which says that you cannot go to Maun and return without having checked out Kana Jang? Restaurant and that if you do not, then you are as good as not having been to Maun.

During her early days of moving to Maun in 2014, with very little kitchen utensils in her house, Malebogo Busang always had a challenge preparing regular home-cooked meals. One day her kids came over for school holidays and this one particular morning, they made it clear they did not want any food from ‘franchises’ as a treat.  They wanted Setswana Food.

She had to drag her kids along and went all over town, ending up in a small butchery, in one of the hidden corners of Maun’s Old Mall. They found setampa (samp) with beans and seswaa (pounded beef). ‘‘It wasn’t a pleasant set-up, there were flies everywhere but the kids for their longing for traditional food did not seem a bit bothered. They indulged.  A concept was born right away,” Busang recalls.  Kana Jang? was born two years later in 2016, but  what inspired the name Kana Jang? “I needed a striking and engaging name. I needed a conversation, an expression; a word that is loosely and regularly used. I needed to excite and intrigue the reader and the patron. It had to be questioned. I needed that and what better place to have that than in Maun?’’ she said about the catchy question-like name of her restaurant.

Busang did her Tirelo Sechaba (National Service) in Sehithwa, about 90 kilometres from Maun, many years ago.   ‘‘Maun is very special to me. It was a warm and encompassing and embracing society. I loved the authenticity of its people. Their love for their culture and language and their love for life and liberation all captivated me. The people here are warm, yet straight forward. My life needed that and Maun was definitely the next best place to be after many years of being in Gaborone’’, she said.

Kana Jang? has become the most sought after restaurant in Maun that offers mainly Tswana traditional food – with a modern twist and regular snacks and light meals.  They are best known for their mouth-watering Okavango bream and fresh vegetables.

But who is Malebogo Busang? A single mother of two bubbly kids, Lone (14) and Katso (12): she hails from Serowe and is the youngest of seven siblings. She is an entrepreneur par excellence with several enterprises under her name. 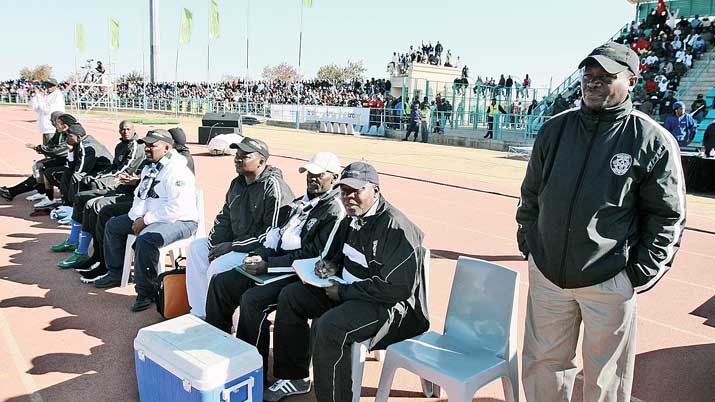