November 26, 2020 Admin
Home»Lifestyle»Events»What legacy will be left after the 50th independence celebrations?
Events/Lifestyle

According to the coordinator of BOT50, Charity Kgotlafela after the independence celebrations on the 30th of September, Batswana will have a lot to reflect back on once the celebrations are over.
Among the many things Batswana will continue to enjoy, she says, is citizen empowerment through the use of local companies, the national roving torch which she says has been able to unite Batswana as one, the National Symbols booklet, monuments and sculptures placed across the country.
“It is important to understand that the BOT50 budget was for celebrations, we are celebrating our achievements as a nation and we are making sure that these celebrations spread across the country,” Kgotlafela said.
She went on to say, “The greatest legacy we will leave behind is that this is a project that has the intention to share the budget with Batswana only, with no foreigners included. All this money is used on local companies and by so doing they have been empowered.”
Another good legacy she says is the national roving torch which has the intention to restore the fabric which had held Batswana together as a nation. “The roving torch has been able to unite Batswana and we are very proud. It was able to cut across all the differences that we might have had as people. We bound ourselves as a Motswana under this torch and made us to come together,” she said.
The national symbols booklet which was officially launched on the 11th of August is another legacy  Kgotlafela mentioned, saying, “It is a legacy that will teach the upcoming generation about our important national symbols as well as  relating to how we celebrated 50 years. It is a legacy we will endure forever as a nation.” The booklet will be disseminated to libraries across the country, schools and missions abroad.
She also mentioned that as BOT50, they have set up monuments across the country as well as BOT50 sculptures. “They were left in each district and in the next 50 years we would refer to them and reflect on our 50th celebrations,” she said, further adding that the other major legacy was to internalize the blue, black and white colors.

Democracy in Africa: success stories that have defied the odds 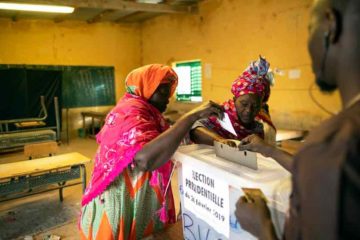