FRACISTOWN: At a kgotla meeting addressed by the Francistown Mayor, Sylvia Muzila, last week, the Satellite North councillor, Oratile Tumedi, decried shortage of doctors in Francistown health facilities. Tumedi said as a result people are forced to crowd at the Area W Clinic with hopes of getting attended to by a doctor which in most times is never the case. He stated that sometimes patients can wait three or more days to see a doctor which puts people’s lives and health at risk as some patients’ conditions deteriorate while they wait. “Doctors should be stationed at a few more clinics in Francistown to reduce congestion. The other thing is that Francistown also serves neighbouring villages, now that technically means one clinic, Area W Clinic, for Francistown and its outskirts.

Responding to Tumedi’s concerns, Muzila stated that as the Francistown City Council (FCC) they no longer manage clinics and doctors as clinics were put under the administration of the Ministry of Health (MoH).

Reached for comment, District Health Management Team (DHMT) head, Dr. Lawnel Chansa, who is also Deputy Hospital Superintendent at Nyangabxgwe Hospital admitted that they have a shortage of doctors and emphasized that it was a countrywide problem. “We are aware of the problem and steps have been taken to increase doctors by way of a medical school to train doctors,” said Chansa. He also stated that they are committed to their clients (patients) receiving the best care but with doctors in short supply, they can only strive to increase them as it is a very critical issue. 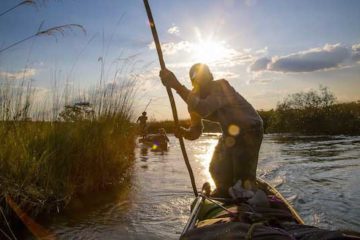