Alliance for Progressives (AP) has strongly refuted claims by former party member Haskins Nkaigwa that part of the reasons for his departure was due to the AP’s lack of interest in opposition unity. AP’s Chairman Pius Mokgware says Nkaigwa is being untruthful about his defection.

A few weeks ago, AP announced that Nkaigwa, Member of Parliament (MP) for Gaborone North had taken a decision to resign from the party. In their press statement, reasons for his departure were not explained.

Days later, the MP was quoted in several newspapers explaining that he chose to leave AP because they failed to ‘walk the talk’ on the subject of opposition unity.

“From the actions of AP it is clear that there is no heart and desire to go to 2019 General Elections as a united opposition,” he was quoted in the Weekend Post.

Nkaigwa also told Sunday Standard that AP had initially taken a stance that they would return to the Umbrella for Democratic Change (UDC) in the event that the President of the Botswana Movement For Democracy (BMD) Sydeny Pilane ceased to be part of the UDC. He said that after Pilane and the BMD were suspended and dismissed from the UDC; AP leadership then somersaulted on its initial position saying they will not serve under UDC President Duma Boko.

AP Chairman Mokgware told The Botswana Gazette in a recent interview, that Nkaigwa is not being honest in claiming that AP had vowed to return to UDC once Pilane and the BMD were not a part of the opposition coalition.

“No, he is not being truthful about it. We have never taken such a position, because we never knew nor were we certain that Pilane or the BMD would be suspended from the UDC, so that one is a lie,” said Mokgware.

“He needs to be honest and tell people why he left, we also dont know why he left. But we must admit that there were indications that something was troubling him, which he never told us, he has never attended any of the recent party activities, which was worrisome for us.”

The Gabane-Mankgodi legislator reiterated that his party still wants opposition unity and revealed that they have given the UDC until end of March to respond to their demands.

This publication has also learnt that one of the demands set before the UDC is to find a lasting solution in their court case against the Botswana Movement for Democracy (BMD). AP are said to have made it clear to the UDC that they do not want to be part of the ongoing legal battle between the two parties.

“We are keen on opposition unity, but in our letter we made it clear to the UDC that we will not join them until they have settled their court case with The BMD. We refuse to be dragged in some mess we do not know,” Mogodistshane MP Sedirwa Kgoroba told The Botswana Gazette.

“We also stated that we want UDC mediators to be part of these negotiations. We believe that they are the people who can assist accordingly in this process.” 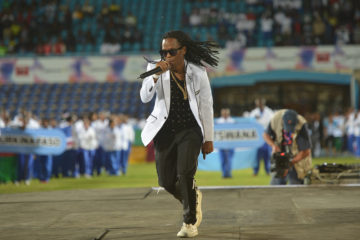