August 8, 2020 Admin
Home»News»Investigations»BDF Turns Its Back On Gov’t In Pensions Lawsuit
Investigations/News

Conflicted because they have a vested interest in the success of their retired colleagues who are suing the government over their pensions, the top brass of the BDF has asked to stand aside in the matter as COVID-19 compels several officers to quit ahead of time. Staff  Writer TEFO PHEAGE reports

Flak from the case of retired members of the Botswana Defence Force (BDF) is breaking the solidarity of those who should be standing as one in the matter, The Botswana Gazette has established.

In the result, the army is not lending its support to the Defence Council and the Attorney General who is eager to have the case dismissed. The hearts of active servicemen actually lie with their retired colleagues because they agree that transferring them from the BDF pension scheme to the Botswana Public Officers Pensions Fund (BPOPF) robbed and disadvantaged them.

Led by General Gaolathe Galebotswe and several brigadiers, colonels and other retired senior officers, the more than 500 former soldiers have cited the BDF as the second respondent. The Attorney General had expected assistance and participation of the BDF to get the case dismissed.

The bone of contention is that initially, there were distinct differences in the computation denominator used for civil servants, which was 1/720, and the one used for the BDF, which was 1/600. During the switch to BPOPF, the former soldiers say the transfer values ignored the difference in the denominators, thus disadvantaging them when they retired.

Addressing the army at Thebephatshwa Airbase before the general elections last year, President Mokgweetsi Masisi said the BDF pension arrangement would be reviewed with a view to securing a better retirement package for soldiers. “The aim is to have a Net Replacement Ratio of 75% or better,” the President said. He was referring to “the projected pension at retirement expressed as a percentage of final net salary after deductions and income tax”.

As it turns out, that remains to be effected.A brigadier currently retires with a net replacement ratio of 50 percent while lower ranks below the P500 000 threshold do not have pensions and retire with a lump sum. According to BPOPF, the threshold of P500 000 translates into a salary of P5 000 per month. A lower denominator therefore results in a lower net replacement ratio.

This publication has it on good authority that the controversial litigation by retired servicemen has pitted currently serving soldiers against their employer because a similar fate awaits them upon retirement.When the case began, there was a strategy meeting of the state that was attended the Commander of the BDF, Placid Segokgo, and his Human Resources Officer. However, Segokgo reportedly informed the Attorney General and the Defence Council that it was hard for the army to be of any assistance to the state because the issues that the retired soldiers are suing for are the same issues that the army has presented before the government.

The point is that like the retired servicemen, Segokgo and other serving senior army officers stand in more than implicit solidarity with their retired colleagues because their victory will benefit them upon their retirement. While this may not have been explicitly stated, it is understood that the BDF has asked to be a spectator in the matter because it is conflicted.

Asked about the issue of conflict, the Permanent Secretary in the Ministry of Defence, Justice, and Security, Matshidiso Bokole, was terse. “I do not have the answers,” she said. Similarly, the BDF said it did not want to comment on the matter.  A representative of the Attorney General, chief state counsel Otlaadisa Kwape, said he had not yet heard of the BDF position yet added that it might be a new development.“The BDF should differentiate between professional and personal interests,” said Kwape.

“Your mandate as a public servant supersedes your personal interests. The BDF is an establishment. How you, as an establishment, interpret the Pensions Act is not how you interpret it as an individual and the interpretation cannot be based on how one thinks one is going to be affected. The mandate of the BDF is to protect the government. If one feels otherwise about this interpretation, one may approach relevant authorities to seek redress.”

One of the people who have been vocal about the issue is former BDF Head of Finance, Brigadier Charles Nkele, who was a BPOPF trustee from 2013 to 2019 during which time he was also a member of the fund’s investment committee. Nkelere cently quit the army ahead of his retirement age and has since joined forces with the litigants. “It is true that I quit in May 2020 and I am now a part of the case,” he told The Gazette. “We are not doing this because we are broke but rather because we feel we have been robbed of our hard earned money. My other reason is to protect my pension from the effects of COVID-19.”

Nkele holds that the government has not cared to listen to anyone about grievances over pensions. “The error may have been committed knowingly or unknowingly but it could have been rectified,” he said. Regarding the dilemma of serving officers, he noted: “I know the Commander has been acting behind closed doors and appealing to the government. They know his position. But this is not easy when you are still on the government payroll. I know several people who are heading out. Some are running in fear of markets crashing as a result of COVID-19 and want to protect their pensions.

Among those heading out is 60-year old Major General Innocent Phatshwane who has confirmed this to The Botswana Gazette. According to him, several officers remaining  with three more years before their retirement age will quit to protect their pensions against potential effects of COVID-19. 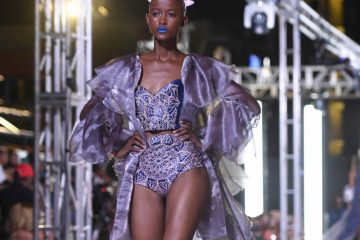