After what seemed an endless pendulum swinging between hired, promoted and fired, the young people recently engaged to help the government enforce COVID-19 health protocols will return to the swelling hordes of the unemployed. Staff Writer Sesupo Rantsimako reports

The Ministry of Local Government and Rural Development (MLGRD) has finally ended its indecision about the status of COVID-19 Scorpions who were recently engaged on a temporary basis to help the government enforce COVID-19 health protocols across government departments. By virtue of a savingram on Monday, the young people, some of them armed with university degrees, are jobless.

At the time, Molale said the decision to reverse the earlier one was based on lack of funds to sustain the posts on that scale. In its wake, a fiery WhatsApp exchange between Molale and the Leader of the Opposition, Dumelang Saleshando, was leaked, adding to the fire that was burning overwhelmingly in sympathy with the Scorpions. As the ranting and raging continued, Saleshando threatened to take the matter to court on the side of the 2683 ‘employees,’ now presented as a hapless lot, about whom the only certainty was that they were hired on a temporary basis.

After the dust settled, the Assistant Minister of Local Government and Rural Development, Kgotla Autlwetse, travelled to Francistown with Vice President Slumber Tsogwane where they apologised to the Scorpions for the “gross mistake”. Addressing the local COVID-19 response team, the two men acknowledged the“inconvenience” that down-scaling the Scorpions would bring to the hapless cohort but said it had to be accepted that an error was made.

“An error has been committed and it has to be resolved,” said Autlwetse. “And the solution is to terminate the contracts of the Scorpions and re-employ them under Ipelegeng guidelines as initially planned. For starters, these posts have never been budgeted for or authorised. So we sincerely apologise for what happened. Termination of these nine-month contracts is the only option.”

Known for his diplomatic approach to matters, the mild mannered junior minister had laid the ground for Tsogwane who delved into the issue. “We understand that there is a challenge of employment but to continue with the error that has happened will be unfair to other deserving graduates,” he said, indirectly acknowledging the fact that many in the cohort are university-educated and that jobs are scarce for thousands more like them.

“If there is a mistake, it has to be rectified. These people know that they are under Ipelegeng programme. Though it is going to be painful, we have to demonstrate leadership. These employees have been misled and this mistake would have far-reaching implications and therefore has to be rectified. We have never budgeted for posts. As representatives, we have to tell these people the truth that their employment was a mistake. I hope they will forgive us for this mistake.”

However, while pursuit of this course might have worked, another junior minister of local government was almost announcing another reversal only days later. Addressing journalists in a televised briefing, Setlhabelo Modukanele stated that the government had resolved the burning matter of the status of the Scorpions by finding posts in the public service for them. “To rectify the error that was made by employment of the Scorpions at B3 scale, the government has resolved to absorb the Scorpions into vacant B3 scale posts,” he said.

it is not known on what basis Modukanele made this promise. What is a fact is that it was never fulfilled. Hardly two weeks after he made these positive utterances, the government announced total termination of employment of the Scorpions on Monday this week.“You are informed that a decision has been made to terminate temporary employment of COVID-19 Scorpions,” a savingram written by the ministry’s Permanent Secretary, Themba Mmusi, to Council Secretaries read. “You are therefore directed to kick start the termination procedure as prescribed by the general order 1996 (GO23) as follows: Inform all concerned employees in the writing of the intention to terminate their temporary employment and invite them to make representation within 14 days. After the representation you can then terminate temporary employment by giving them one month notice in writing.”

This development has brought Saleshando back on the scene, this time to raise the matter in Parliament for a thorough explanation, although leaving the option of litigation open. The Leader of the Opposition has accused the government of being disingenuous, saying qualifications would not have been specified if indeed it was a mistake to have employed the Scorpions at B3. “These people were not employed in terms of Ipelegeng guidelines, so it is impossible that they were supposed to work and be paid as Ipelegeng beneficiaries,” he told The Botswana Gazette in an interview. “We want a thorough explanation about this whole issue of the Scorpions. If the explanation is not enough, we will take it from there.”

Upon being contacted, Assistant Minister Modukanele referred all enquiries to the Permanent Secretary. In previous attempts to reach him, Minister Molale similarly referred enquiries to the PS. According to Mmusi, the idea of absorbing the Scorpions into the public service did not bear fruit.

“The government’s intention was to look for funds from other government votes but we found that they are also dry,” the PS said in an interview this week. “So we were forced to go against our will. We could not continue with employment of the Scorpions because it was unsustainable.” 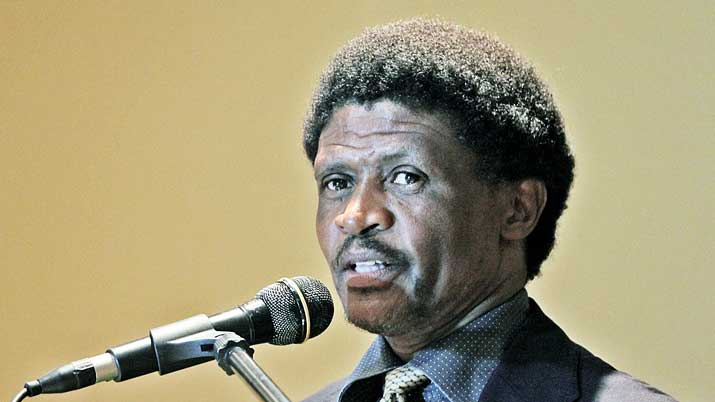