FRANCISTOWN: Junior officers at Francistown State Prison are calling for the replacement of the Officer in Charge, Olebogeng Mosinki, because he is allegedly corrupt and practices nepotism and favouritism.

Sources say Mosinki has fired some warders from work without following the right procedure such as disciplinary hearings. “As we speak, five junior warders have been dismissed from work for lame reasons,” a junior officer said. “Most of us are working under constant fear because of his misrule and considering what has happened to others officers.”

Sources say the situation is so bad that prison staff are divided into those who support Mosinki and those against him. “If you do not openly show your alliance, you will never get a promotion,” a source said. “As we speak, there are some officers who were recently dismissed from work without even a disciplinary hearing.”

While Mosinki could not be reached for comment, Assistant Commissioner of Botswana Prison Services (BPS), Wamorena Ramolefhe, dismissed the allegations of unfair dismissal, saying no one can be dismissed from prison without any enquiry. “First of all, that would be in breach of the Prisons Act,” Ramolefhe said. “Any concern within BPS triggers an enquiry after which headquarters will be signalled. There is therefore no way Mosinki can dismiss anyone from work because only the Commissioner can dismiss someone after an enquiry.”

Ramolefhe also dismissed the allegations of nepotism and favouritism against Mosinki, saying only a promotions board determines who is to be promoted. “Mosinki is not involved in promotions because he is not a part of the promotions board,” he added. 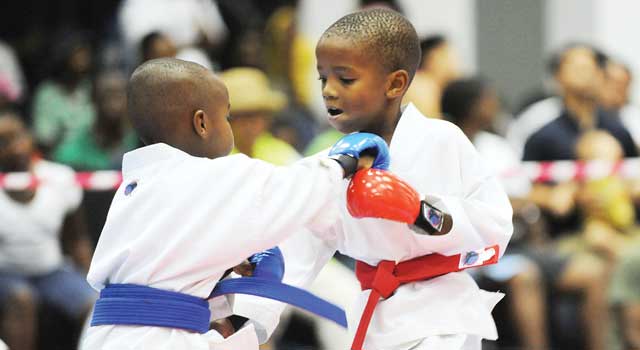