ARTivism blog bananaemoji.com is resolute about enhancing the voices of the LGBTQI+ community in Botswana through partnerships and platforms aimed at informing, inspiring and engaging the community in relevant and dynamic conversations. Supported by The World Bank Group in Botswana and LEGABIBO, the blog hosted yet another installment of the Banana Club this past weekend in Gaborone. The second club session delved into the topic “Redefining Representations of Queer Identity through Art,” highlighting queer art by queer artists reclaiming space in their art and the growth of physical queer art spaces in Botswana.

The session brought together local artists that have created work that explores gender fluidity, and non-binary, trans and intersex identity over the past years. Facilitated by Tanlume Enyatseng, a panel of experts addressed how gender is culturally constructed and ratified in its representation – in societal narratives within mainstream media, science and religion. These panelists were award winning author and actor Donald Molosi, photographer Raymond Geoffrey, conceptual artist Sade Shoalane and founder of queer portal Setabane, Brilliant Kodie. Said the event organiser, Tanlume Enyatseng, speaking on the engagement: “Ensuring the inclusion of all creatives is essential to continued growth of the industry.

“Sexual and gender minorities are often marganilised in the local creative industry, and it is through such conversations that we really set out to promote shared prosperity and help bolster the voices of those often unheard. There is definitely a lack of visibility and the right representation in terms of how the LGBTQI+ community is often presented in popular media. Our stories are never allowed the platform to be expressed by us, which has been the inspiration behind us hosting this edition of the Banana Club. Through this engagement, we wish to tackle issues around isolation and erasure and promote the need for queer artists to be seen as people as well. “

The session was split into two halves, one half being dedicated to sharing personal experience with each participant free to contribute as much or as little as they want and the second half being dedicated to questions and answers. With the help of the community, Bananaemoji.com aimed to pinpoint where art institutions are failing LGBTQ+ people and propose ways that might remedy this. The session was documented as part of a research process by David Billboard Photography.

Banana Club continues to aim at creating platforms for dialogue to lead the conversation about key issues in the youth, creative and predominantly queer community. The club will create a network that works together and build ties with key stakeholders in this space to challenge discourse, educate, empower and engage Batswana at large on matters affecting the youth, creatives and LGBTQI+ community. The sessions happen as, when and where burning social issues need to be addressed.

Concluded Enyatseng: “When we share our stories, we foster visibility and wipe out myths. The visibility that comes from different people sharing experiences, queering and disrupting views of the world is a celebration of plurality. Using stories, intentionally and unintentionally, to counter erasure, to write and rewrite queer realities lends a hand to shifting social consciousness. And, when done properly, it offers people a better understanding of other people’s experiences and what occupying the world means for them.”

Education; An area of government failure in Takatokwane Constituency 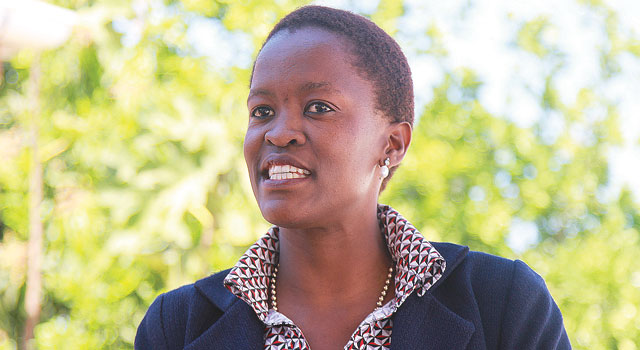