The Governor of the Bank of Botswana has emerged to trash allegations of P100 billion purportedly looted by the country’s most powerful men as a completely hollow tale that cannot pass muster in the face of the central bank’s control systems.
TEFO PHEAGE reports on what may well be a sordid saga that could hurt President Masisi’s hard earned but wide acclamation that cuts across Botswana’s political divide.

Independent financial experts have said the processes are so thorough that they extend to the Minister of Finance, the Accountant General, and the Auditor General in the public sector and independent several audit firms who scrutinise BoB’s books as external auditors. This is to say nothing of international oversight institutions like the World Bank that pore over each and every country’s financial affairs every year without fail.

The Bank of Botswana (BoB) Governor Moses Pelaelo has distanced the central bank from the P100 billion which the state claims was looted directly from the bank by former president Ian Khama and the former Director General of the Directorate of Intelligence and Security Services (DISS) Isaac Kgosi.

DISS, together with corruption busting agency the Directorate on Corruption and Economic Crimes (DCEC) and the Department of Public Prosecutions (DPP) claim that Khama and Kgosi ransacked the central bank and took P100 billion from it during Khama’s reign as president.

In an affidavit deposed in court, DCEC investigator Jako Hubona says Khama and Kgosi instructed the Bank of Botswana to open three bank accounts which were used to loot public funds amounting to over P100 billion.

Pelaelo has been with the BoB for over 30 years and was Deputy Governor when Khama was president. Former governor Linah Mohohlo was Pelaelo’s principal during that time.

Briefing Members of Parliament last week, the Governor denied any knowledge of the purported instruction and the missing P100 billion, saying the central bank never had that amount of money in its accounts in the first place. Botswana’s GDP (the total value of goods produced and services provided in a country during one year) is estimated at P180 billion, which makes the alleged loot to be around 60 percent of the value of Botswana’s economy. On average, Botswana’s annual national budget circles between P50 billion and P60 billion.

The Botswana Gazette recently spoke to financial experts who were also questioning the alleged disappearance of funds from BoB. According to Garry Juma, a respected financial expect who works as Head of Research at brokerage firm Motswedi Securities, money transacted from the bank would be picked up by audits.

According to the pundit, international oversight financial institutions like the International Monetary Fund (IMF) and the World Bank always take interest in the financial position, transactions and expenditures of all countries worldwide. “If money was transferred from BoB, we would have known,” he said, adding that when doing their country risk assessments, such institutions rely on records from central banks so as to gauge the financial prudence and fiscal management of state resources by the executive.

Another financial analyst, Tshepang Loeto of Stanlib Investment Management Services (SIMS), says it is up to the courts to make a judgement because as it stands, all these are allegations. However, he worries because the Bank of Botswana audits its own books of account annually and engages an external auditor to authenticate the audits. In 2018, the central bank’s financials were audited by KPMG.

Further, government transactions, according to Loeto, involve several senior government officials to authorise. The Minister of Finance and Economic Development at the time, Kenneth Matambo, his proxy the Accountant General Emmah Peloetletse, and the Governor of BoB would be aware. Experts emphasise that the Auditor General, Pulane Letebele, audits all government accounts and would have picked up any questionable transactions at BoB.

What Juma and Loeto also agree on is that government does not have P100 billion lying around. They say that the national budget is financed from annual government revenues, mainly proceeds from diamond sales, the revenue pool of the Southern African Customs Union (SACU) and tax revenues from the Botswana Unified Revenue Service (BURS). Government spending, they say, is derived from national budgetary allocations. Save for foreign reserves, these are the only available government funds, these experts say. However, foreign reserves, which are currently at P71 billion have never reached P100 billion. BoB also releases quarterly financial statements, which would capture the alleged transactions, had they actually happened.

Even with DISS under scrutiny and suspected to have been used in irregular carting away of money, the funds it was allocated annually since inception cannot amount to P100 billion in spite of the secret service purportedly having used money without a care to account to anyone.

Loeto and Juma worry that the OP alone – which was the custodian of DISS for the past 10 years – never had P100 billion to spend. Governor Pelaelo shares because he has dismissed the P100 billion story as hogwash. The governor, who did not want to go into details in respect of the court processes, emphasised that P100 billion is far too much money which the central bank does not even have. He assured the legislators that the central bank’s balance sheets, which are issued annually, would have long reflected the missing money. The emergence of Pelaelo’s position follows lawyers’ concerns on why the state has not sought the governor, the accountant general or the auditor general’s affidavits regarding these allegations that he clearly considers preposterous.

The Speaker of the National Assembly, Phandu Skelemani, referred this publication to the Governor. BoB spokesperson Dr Seamogano Mosanako has confirmed to this publication that it is true that the governor addressed MPs at the just-ended legislators orientation seminar but said she was not in a position to elaborate because she was not in attendance. “It is true that he attended and addressed the legislators but I do not know what they discussed since I was not part of the meeting,” she said.

It seems the defence team is aware of the governor’s emergence on the scene and intends to approach him. In an interview with this publication, defence lawyer Unoda Mack said it is true that they have heard reliable information that the governor has washed his hands of the scandal. “We are still mapping out the way forward on that matter,” Mack said.

It is understood that the Governor has been under mounting pressure to clear his institution from the scandal and assure Batswana that all is well at BoB whose mandate is to advice the government on prudent spending, among other things. Reports reaching The Botswana Gazette are that at some point BoB wanted to issue a public statement to the effect that the allegations by the state were not true but were advised by its own legal department to adopt a wait-and-see approach.

As Governor, Pelaelo’s duty is to maintain the primary focus of the central bank on preservation of monetary stability as manifested by price and financial stability and a sound and properly functioning banking and payment systems. He was appointed Deputy Governor in 2006 and Governor in 2016 by the man seemingly believed by the state to be the mastermind behind the alleged looting of BoB, former president Ian Khama. DCEC investigator Hubona has actually named Khama in his affidavit as having instructed BoB to open three bank accounts for money allegedly looted from BoB, prompting Khama to question his credibility.

Khama’s lawyers, Ramalepa Attorneys, have unearthed what they believe is proof that Hubona has a habit of fabricating evidence to suit his own narrative. They cited the judgement in criminal case number CMRRS-000003-18 that was delivered on 11 October 2019 which found that Hubona had fabricated evidence by adding extrinsic content to a witness’s sworn statement.

Meanwhile, the state remains unmoved amid reports that the Attorney General Abraham Keetshabe is worried about what is becoming of the case and that the AG has sought a meeting with President Mokgweetsi Masisi in the presence of the investigating and prosecuting agencies. It is said the meeting will be of an introspective nature. Concerns are already doing the rounds that if the allegations are proven hollow, the resulting scandal could harm Masisi’s hard earned popularity.

Curiously, despite being considered the kingpins in the scandal by DCEC, Khama and Kgosi have not been formally charged, much to the dismay of the public. Rumours are flying thick and fast that the case may be nothing more than a DISS director’s mission to avenge himself on the two for the ill-treatment he suffered at their hands.

In a fresh application before the courts where she is seeking bail, Wilhelmina Maswabi, otherwise known as “Butterfly,” says her imprisonment and harassment result from her refusal to accede to Magosi’s request to reveal Kgosi’s secret accounts and misdeeds that she says she is not aware of.

Meanwhile, South African financial institutions named in the saga, Nedbank and Absa, have also denied the allegations by the state that Maswabi owns some accounts with them in papers before the court. 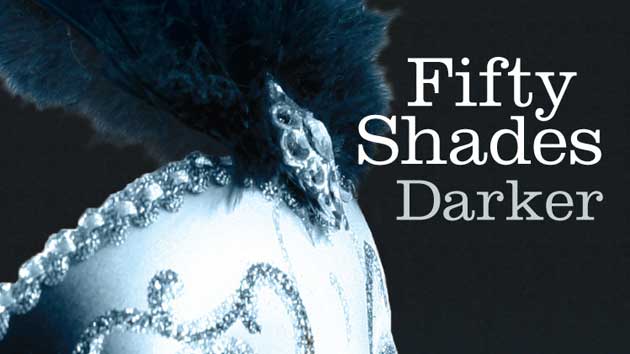