Widely respected elder of the Botswana Democratic Party (BDP), Daniel Kwelagobe, has criticized President Mokgweetsi Masisi’s government for its plans to legislate against legislators crossing the floor to other parties.

“The BDP government’s move is undemocratic and impedes the people’s right to choose who they associate with,” Kwelagobe, who was once the longest serving Chairman of the BDP and cabinet minister, said in an interview with The Botswana Gazette.

Known for speaking his mind, “DK,” as Kwelagobe is better known among his legion of admirers, invoked the BDP’s undertaking of a constitutional review. “Why can’t they wait to engage on these rather than rush to bring such kind of repressive laws to Parliament?” he queried.

His views on the subject today mirror what he said in Parliament in 2011 when he debated a similar bill tabled by then MP Lebonamang Mokalake. “The bill is against the spirit of the Constitution of Botswana which promotes the right of an individual to associate. Ke ipotsa go re gatwe go rileng batho ba kgorelediwa go expressa their feelings by floor-crossing.”

In his monumental biography of Winston Churchill, William Manchester comments that on “the last day of May he crossed the floor, Winston himself, of course denied that ambition had played any role in his decision. Some men change their party for the sake of their principles,” he said, “others change their principles for the sake of the party.” He quoted Pope: ‘Sworn to no Master, ‘of no sect am I / As drives the storm, at any door I knock.’

Observers say Masisi is introducing the law to arrest the political fluidity currently besieging the country, especially within his own party where some councillors and MPs are still threatening to decamp to their former master, former president Ian Khama. Some have already done so and indications are that ‘Khamists’ within the party are hard at work destabilizing the BDP. It is not known whether there are BDP members who will oppose the proposed bill once it reaches Parliament. In 2011, Fidelis Molao, was among lawmakers who did.

Asked what he will do this time around, Molao, who is now a minister, said he has now changed his mind. “I now support it,” he answered. “The structure has changed.”

Some opponents of floor-crossing argue that if Parliament seeks to introduce a limitation on how an MP is to enjoy his right to political opinion by joining a party of his choice, they should be able to do so by virtue of ‘legitimate’ as opposed to an ‘illegitimate’ law.

Under the proposed law that will be sponsored by the minister in the presidency, Kabo Morwaeng, Masisi wants defecting MPs to lose their seats once they defect. This will mean that defectors will lose their employment and income because they would cease to be members of the National Assembly.

The argument against allowing floor-crossing under a constituency system like Botswana’s is that people vote for parties rather than candidates as individuals in their own right. The opposing view holds that while ballot papers may not display the names of party candidates, the Electoral Act compels parties to publish the names of their candidates. In addition, the Independent Electoral Commission has noted that some voters have said they actually vote for candidates rather than parties.

Opponents of floor-crossing say the bill is aimed at stifling freedom of speech and debate in Parliament. In their view, no one should ever be impeached in any court or place out of Parliament as the BDP wants to do. MPs, opponents of the bill argue, should be free to express themselves even against the interests of the parties.

On the other hand, proponents of the floor-crossing bill argue that it strengthens party organization and keeps the political balance that voters decided on at the last election. This is a view that was advanced by Masisi in 2019 when he campaigned in Nata.

As things stand at present, seats belong to individual MPs who keep the seats where they are and take them along when and if they cross the floor to another party or opt to be without a party. The proponents of this arrangement say it strengthens the role of the individual and his or her links to the constituency. Floor-crossing practices, they say, have historically fostered bribery and corruption when parties try to convince MPs to switch parties. 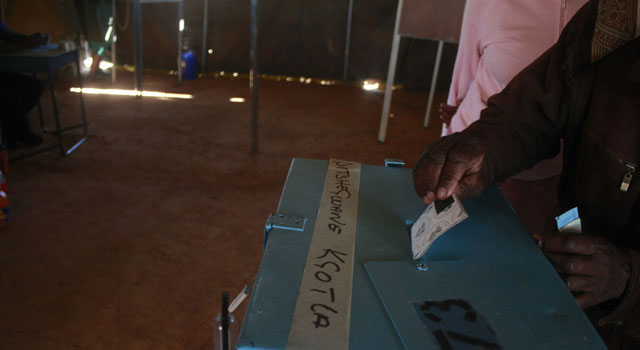