Our country Botswana fairs badly in the two Reports. This is happening at a time when we are about to celebrate our 47th Independence anniversary. In the year 2016, we will be turning 50 as a nation. It is also anticipated that we would have made some major achievements in terms of our well being. As a response to the Botswana National Front (BNF) Social Democratic Programme, the BDP government in a knee jack response came up with a National Vision. This vision, popularly known as Vision 2016, according to the BDP government, articulates Botswana’s long-term development aspirations and provides a broad framework for development. It is therefore clear that once more the BDP is going to fail to deliver on this Vision as we remain one of the unhappiest nations, three years away from 2016.

Consistent with its nature, the Botswana Democratic Party (BDP) never ceases to fail this nation.  Our education system has failed to produce credible results. Our graduates are roaming the streets with unskilled young Batswana. Unemployment is rampant. Our manufacturing industry is dying, riddled with corruption and malpractice.

The Botswana Development Corporation and Botswana Meat Commission are being classic examples of government failure. Batswana continue to lose jobs year in year out as a result of privatisation and other anti-worker policies. Frustration and disgruntlement permeates our workforce. The crime levels are also high with the Botswana Police Service underpaid, unhappy and under resourced. There is a dastardly plot against civil liberties by the government of the day. The Executive is focused on controlling everyone. The concept of the fullest possibilities of a free and happy society has been lost because the current government wants to box us in with fear.  The pieces of legislation that have been bulldozed through Parliament by the BDP MPs cannot lead to a happy nation. The Media Practitioners’ Act, the Liquor Act etc are good examples. The government is fighting everyone in society; the workers, the students, the media etc. How then can the nation be happy when it has this type of government?
Failure to ensure that our political, legal, economic and social institutions are kept in good health has led to our personal unhappiness. A free country should have more than the minimum set of rights.  It should search for ways to enlarge responsibility and autonomy for its citizens. It should create an atmosphere of freedom which allows individuals to flourish. As Machiavelli said, the freedom and consequently the greatness of a state depend on the liberty of its citizens. He warns further that any state was vulnerable to the ambizione (ambition) of the great men who would always be on the lookout to increase their power over the small fry. Of course, a handful that happens to control the economy of this country are happy. This will include the owners of the International Monopoly Capital. Those who are playing a comprador role are also happy.

The rest of the nation which feeds on crumbs and leftovers are not happy.  The Umbrella for Democratic Change (UDC) which the BNF is part of believes that government kleptocracy should be shunned and corruption labelled an aberration of our societal conduct.

The situation that we find ourselves in is brought about by an uncaring government. Its policies are not aimed at serving the people but its elite and sponsors. The Report concludes by saying that “there is now a rising worldwide demand that policies be more clearly aligned with what really matters to people as they themselves characterise their lives”.  For as long as the BDP is in power, this nation will forever remain unhappy because its policies are not people centred. As a neo-colonialist party, the BDP’s interests are focused elsewhere and not on Batswana. The key to happiness for the nation is to vote the BDP out of power. 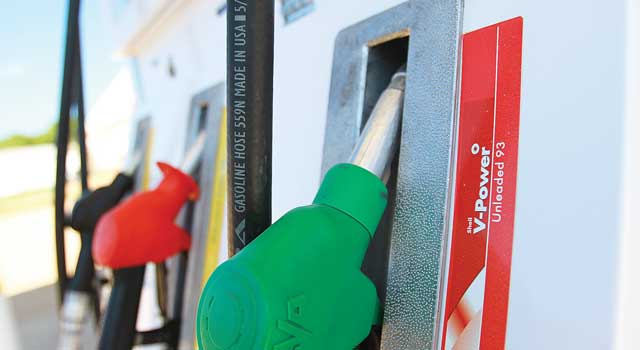