Following World Health Organization (WHO) epidemiological assessments, Corona Virus or COVID-19 has been declared a global pandemic.  What has been the government of Botswana’s response and how has Parliament assisted in shaping the response?

According to WHO, In the past two weeks, the number of cases of COVID-19 outside China, where it started, has increased thirteen-fold, and the number of affected countries has tripled. There are now more than 118,000 cases in 114 countries, and 4,291 people have died. Thousands more are fighting for their lives in health facilities. South Africa has reported 61 cases so far. Botswana has no reported case. All the less than fifteen suspected cases have been ruled out as negative.

Since the outbreak of the disease, Parliament has been briefed three times by the Ministry of Health. Twice the Minister of Health has presented a short statement followed by short questions from Members. Last week Parliament held a General Assembly to discuss the scourge. The two initial briefs by the Ministers happened before South Africa reported their first case and before many African countries picked positive tests of the COVID-19 on citizens, residents or tourists.

Two weeks ago, MPs raised concerns over the government’s silence on the matter, as the number of cases in countries soared.  They became more worried when South Africa started reporting cases. Concerns were that there is always a massive traffic of Batswana and South Africans at borders and airports for reasons of tourism, business and public official undertakings. There were questions on the level of preparedness of the ministry of health, especially at ports of entries.

When the second statement was made by the Assistant Minister of Health, a suggestion was made to the government to evacuate Batswana in Wuhan. When this suggestion was doubted, a further suggestion was made for Ministers to be part of the WhatsApp group of those stranded in Wuhan so that they can get first-hand information. This plea was acceded to, even though some key ministers in the matter refused to be part of the group. There are no Ministers responsible for Immigration, Foreign Affairs and the Presidency in the group. There may be one or two MPs in the group.

It took public pressure to get the President to finally make a statement last week. That same week, the Vice President indicated in Parliament that he will not make a statement because of something that he said was still being sorted out. The President more or less repeated what has been said by his Ministers of Health. The only difference was his announcement of suspending official travels and planning an evacuation, albeit with no commitment to timelines. Unlike the other Presidents who declared disasters and emergencies and extended travel bans to non-officials, especially to COVID-19 hotspots, the President appeared less worried. He didn’t ban citizens of countries with COVID-19 into Botswana, he didn’t close schools, hasn’t restricted public gatherings and did not cancel all official and other public events. He was more or less advising, the same way his Health Ministers have been doing. Chinese and other aliens from countries with reported cases of COVID-19 continue to arrive in Botswana every day.

MPs held a General Assembly last week to discuss the COVID-19 global pandemic and what it means for Parliament and the country. There seems to have been a consensus on that MPs shouldn’t travel for now. Few MPs have attended SADC-Parliamentary Forum, Pan-African Parliament and SADC Organization of PACs meetings in Johannesburg and Maseru in the past few days. Two MPs cancelled their trips to Maseru as a precaution against the COVID-19. A motion seeking the government to declare COVID-19 a health energy was withdrawn after a MP was whipped into line almost a month ago. It was also agreed at the General Assembly that information dissemination should be stepped up and that the Executive be encouraged to step-up measures against the global pandemic.

There has not been a special session in which government presents its side of the COVID-19 response and its readiness. There hasn’t been adequate opportunity for MPs to scrutinize the government. There is no chance of MPs asking the President questions. They can ask his deputy on a question that takes 45 minutes, half of which would be taken by the Vice President reading out what has been written for him, rather than engaging MPs and responding to their questions. However, MPs can table a motion on urgency or the opposition can ask its Leader to make a statement. There is no chance for leaders of political parties to make their various party’s statements on the matter, the Standing Orders don’t allow.

It looks like Botswana is not ready to fight the COVID-19. The country’s health care system is wanting in many ways. There’s a shortage of doctors, nurses and other health professionals. Problems of broken machines and lack of equipment and materials are common. Many Hospitals are dilapidated. Apart from that, our borders are porous, at some borders it has been business as usual for a longtime since the outbreak of the disease. The country has not capacity to test patients for COVID-19. Rapid tests said to be existing elsewhere haven’t arrived in Botswana. Worse for the country, there are no general travel restrictions. Anybody can go anywhere and come back, anybody can come from anywhere, it’s ok, as long as they don’t have flu like symptoms on arrival, they can go home or wherever. Schools remain open. Public gatherings, expect a few that were cancelled such as the Forbes Under 30, BDF Day Commemoration and soccer games, will continue as there is no legally binding restriction.

Parliament should therefore not relent in asking probing questions, tabling motions and making statements on COVID-19 to arouse the government from its slumber. It is just a matter of time before a case is reported, especially imported cases. The diplomatic and economic fears shouldn’t make the government to value the lives of the people less. Parliament has failed so far to intervene; it has been slow and is generally hamstrung. 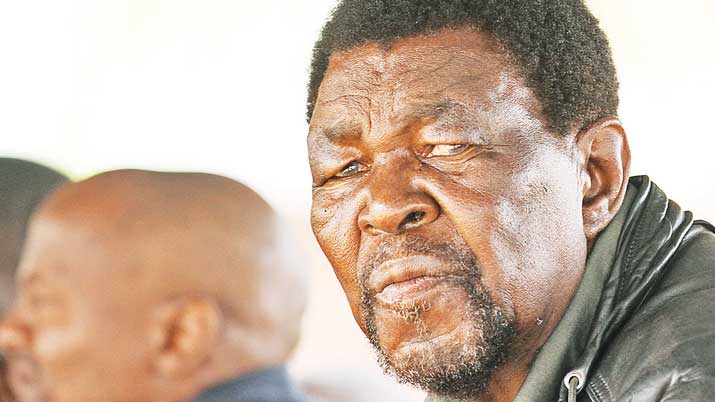