There seems to be a mistaken belief that the state must stay away from any form of enterprise. There seems to be emphasis on the supposed private sector-led growth and that it is not the role of the state to create jobs. While it is difficult to decipher priorities of the government in its documents, in terms of clear targets or quantifiable deliverables and a well-defined fundamental paradigm shift, there is no doubt that the state is set to play a lesser role, especially in enterprises.

There is no doubt that the country can no longer afford some useless parastatals. In total, they will all eat up P4.9 billion in subventions from the treasury for 2020/2021 budget. They must consequently be reduced because of duplication of mandates and the worthlessness of others. We can no longer have BDC, BITC, SPEDU, SEZA, CIPA and many others in their current form. This should, however, not be confused with the need to move towards a Washington Consensus model in which the state’s role is repurposed to focus more on provision of law and order and far less in enterprises.

That is not even how Botswana rose from a poor country to upper-middle income status. It is also not how Japan, China, the Asian Tigers and Dubai, among others, have transformed. The envisaged transformation for Botswana will fail dismally if there is no leading role for the state. This is not a call for the state to compete with ordinary citizens in simple businesses because it would be absurd to suggest that. It is rather a call for the state to safeguard national economic interests through deliberate policies, laws and actions that would result in Batswana controlling and owning their own country’s economy and becoming foreign investors in other countries. It is a call for the state to deliberately use its uniquely-placed position to generate wealth through its enterprises and citizens, and not to let foreign multinationals control the economy.

The country’s economic high command shouldn’t be persuaded by the orthodox economic precepts of obsession with growth (even if its jobless growth), micro-economic stability, liberalisation of trade and finance, cutting of public service expenditure (e.g. through wage bill cuts, reduction of the public service and slashes in subsidies), privatization, letting the market set prices and withdrawing the government from the economy. How the Asian Tigers, Japan, China and others have developed is a substantive negation of unmitigated the free market economy.  Neo-liberalist policies cannot work here. There is no evidence of any country which has developed under this model, even proponents of it followed state-led economic development models.

Consider the Zaibatsu and Keiretsu financial cliques and business associations of Japan promoted by the Meiji and other subsequent governments and how the state played a big role in building these conglomerates. That’s why today there is Toyota, Mitsubishi, Nissan and Suzuki, among others. In South Korea, at one point the government bought substantial shares in KIA to save it from total collapse. Botswana MPs are today chauffeured in KIA SUVs. Look at how George W Bush and Barrack Obama saved General Motors, AIG and other companies when the law of supply and demand failed.

After over 50 years, it can’t be that all Batswana want is to increase volumes of diamonds to cut and polish! The country accounts for 2/3 of DeBeers’ entire diamond production yet it owns only 15% of De Beers. Why can’t it push to acquire 50% of De Beers? The government wants BCL to be opened and run by foreign multi-nationals. There is absolutely no thinking about S/Phikwe Town Council or BDC partnering with a foreign technical partner to run the mine. It can only be done by foreigners?

Saudi Aramco began when the Saudi government gave exploration rights to Standard Oil of US California in the 1920s. When Standard Oil found some oil, they sought investment from other American oil companies (e.g. Exxon and Texaco.) to help in extracting and exporting with the Saudi government paid just royalties at the time. But by 1975 the Saudis threatened to nationalise their oil reserves unless they were given a 50 percent stake, to which the American oil companies agreed and relocated the company’s headquarters from California to Saudi Arabia. The company name was changed from Arabian American Oil Company (Aramco) to Saudi Aramco.

But the Saudi government was not satisfied with the 50% and relocation, it wasn’t enough and didn’t serve their long-term economic interest. They contended that the American benefit had exceeded their initial investment, so they pushed for greater control and by 1976 they had acquired 98% of Saudi Aramco. The American oil companies remained with 2% and to this day the company shareholding remains that way. The American oil companies have not fled, as the Botswana government feared DeBeers and other would do, because they know that Saudi Aramco owns the largest oil reserves in the world.

Whilst Botswana is struggling with Botswana Meat Commission that is unprofitable and has almost privatised it, thinking it’s a panacea for its challenges, Namibia’ Meatco remains 100% state-owned and is doing well. Namibia has become the first African country to export red meat to the United States after it sent 25 tonnes of beef to Philadelphia following two decades of wrangling over safety regulations and logistics. It is reported that with American consumers craving for free-range, hormone-free beef, the Southern African nation is exporting 860 tonnes of various beef cuts in 2020 to the United States that is projected to rise to 5,000 tonnes by 2025.

The Botswana state, including local councils through holding companies, must therefore become more aggressive in playing a more meaningful role in the economy, including through enterprises. The need, therefore, for a fully-fledged sovereign wealth fund is long overdue. The state   must make sure that black African Batswana control key sectors of the economy. 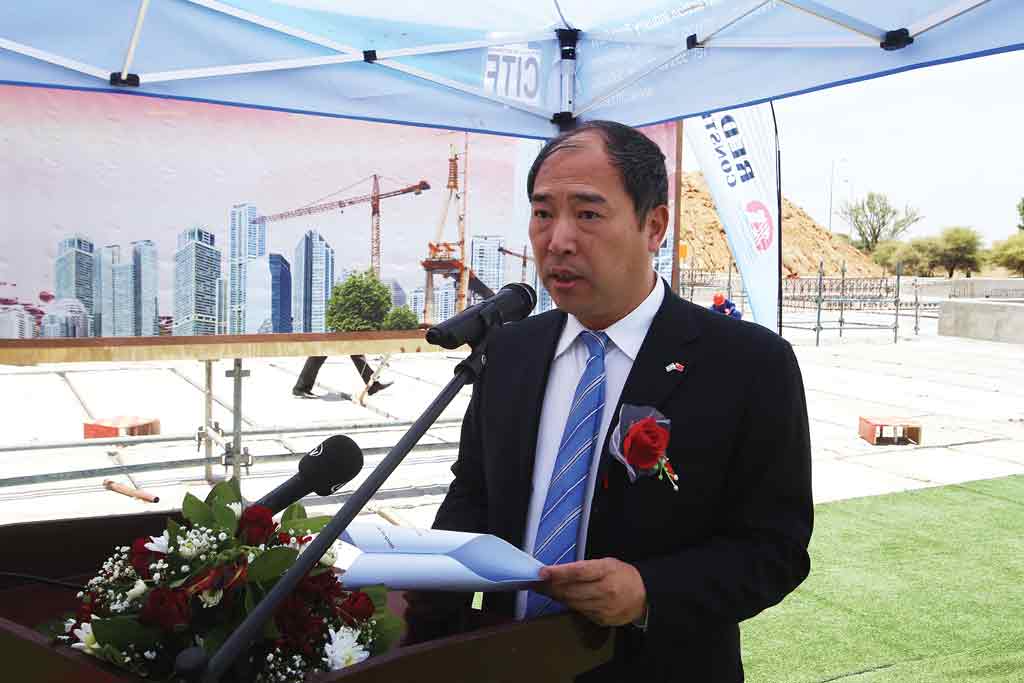