The Botswana Centre for Human Rights joined the rest of the world in celebrating World Environment Day, on 5 June 2016.
The theme for this year is ‘Seven Billion Dreams. One Planet. Consume with Care’. This year’s campaign focuses on the illegal trade of wildlife. The United Nations Environment Programme (UNEP) is calling on everyone to “go wild for life” and take action to help safeguard species under threat, for future generations. It is giving special attention to eight species in particular: orangutans, sea turtles, pangolins, rosewoods, helmeted hornbills, tigers, elephants and rhinos.
Botswana is home to one of Africa’s largest remaining elephant populations. Heavily armed poaching syndicates are rapidly depleting elephant herds in Eastern and Central Africa and there are signs that they are now increasingly turning their attention to Southern Africa’s elephants population, the last stronghold of the African elephant.  Poaching of both elephant and rhino are on the rise and the threat is not being taken lightly by the Botswana Government.  In February 2016, the Minister of Environment, Wildlife and Tourism, Tshekedi Khama, warned that the “shoot to kill” policy among security agents will remain the option to deal with poachers.
DITSHWANELO recognises that poachers are always armed and can pose a real threat to the lives of wildlife personnel. However, we strongly encourage that restraint be exercised in order to save life and not to end it.
Currently, Botswana is facing three major environmental challenges: drought, desertification and climate change. A main cause of desertification is the severe drought periods which have been experienced in the country.
It is likely that climate change will exacerbate already existing problems related to access to water and in particular, clean drinking water amongst all urban and rural communities. Rainfall will become increasingly erratic and unpredictable and the frequency and severity of drought conditions is also likely to worsen. Borehole water supplies, which are heavily depended upon in much of Botswana, will also diminish due to insufficient natural recharge from declining rainfall. As a result, parts of Botswana may, in the distant future, become inhospitable to human populations.
The Basarwa/San are particularly vulnerable as a rural population group living mostly in underdeveloped areas.  Borehole water supplies are often limited, subject to frequent supply interruptions from breakdowns, and typically these supplies are shared with other population groups owning large numbers of livestock, which also use the same ground water supplies. This borehole dependency often restricts the Basarwa/San to heavily overgrazed areas where they encounter great difficulty in finding the wild plant foods on which they traditionally rely for their food supplies. Overuse of single water points also increases the health risks and ultimately may also lead to a decline in ground water quality and quantity over time. This also places a greater burden on authorities to maintain and transport in, additional water supplies, which requires considerable human and financial resources.
One potential solution is the implementation of rainwater harvesting technologies to assist vulnerable populations in accessing reliable supplies of clean drinking water. By efficiently harvesting and storing rainwater locally, at household level, rural communities can avoid many of the problems associated with communal use of boreholes and transported water supplies. The approach also reduces costs and is well suited to low rainfall conditions where surface water rarely becomes available and is rapidly depleted by evaporation.
DITSHWANELO calls upon the government and our communities, to contribute to the protection of our wildlife and sustainable use of natural resources. Key to achieving this, is effectively dealing with the issues of poverty and exclusion. Both often lead to overexploitation of our fragile ecosystem. 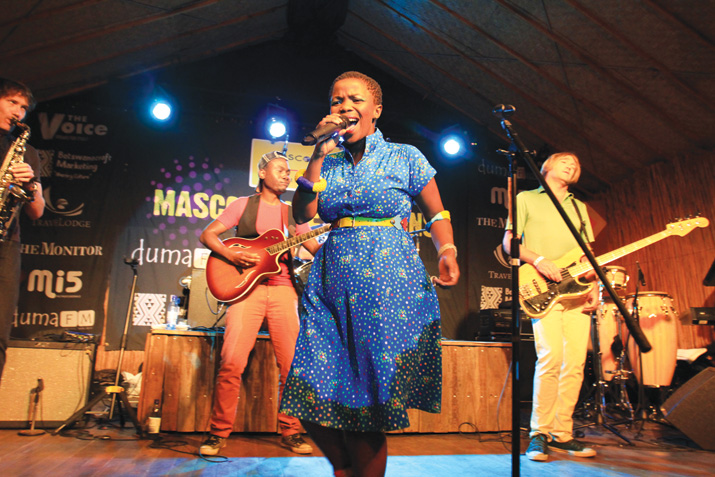