Shareholders suffer from having only indirect influence over the corporation. They must rely principally on the board of directors to exert direct influence. The board hires and fires the CEO, sets compensation, oversees firm strategy and risk management, oversees the work of the external auditor, writes company bylaws, and negotiates for a change of control. If shareholders do not believe that the board is sufficiently representing their interests in these matters, they must either persuade them to change policies or seek to have them removed. This week we shall look at blockholders, a category of shareholders.
A blockholder is an investor with a significant ownership position in a company’s common stock. Researchers generally define a blockholder as any shareholder with at least a 1 to 5 percent stake. A blockholder can be an executive, a director, an individual shareholder, another corporation, or an institutional investor. If they decide to act, blockholders are in a position to impose governance reforms on corporations. Their significant voting stakes can determine the outcome of a contested director election or proxy proposal. They can change the outcome of a heated takeover battle or prod a company to put itself up for sale or change strategy. If they hold a large enough position, they can gain board representation and directly influence strategy, risk management, executive compensation, and succession planning. However, the blockholders’ influence likely depends on the nature of the investment, the nature of the investor, and the relationship between the investor and the corporation. For example, Toyota likely has a different relationship with the auto suppliers it invests in than does a large institutional owner. Block ownership has the potential to either improve or impair firm performance, depending on whether the blockholder treats ownership as an incentive to better the business or uses the position of influence for private gain.
The research literature has examined the impact of block ownership on firm performance. Barclay and Holderness (1989) found that large blocks of shares (at least 5 percent of a company’s stock) trade at a 16 percent premium to open-market prices. This indicates that block ownership is perceived to have value either because the acquirer believes it will give them the influence needed either to monitor and improve firm outcomes or to extract some type of private gain from the corporation. The research does not, however, demonstrate that block ownership actually translates to superior performance. McConnell and Servaes (1990) found no relationship between block ownership by an outside investor and a company’s market-tobook value. Mehran (1995) also did not find a relationship between block ownership and market value or between block ownership and firm performance. This suggests that the presence of outside blockholders is not associated with improvements in firm performance. In aggregate, however, the research is inconclusive on this point.
Researchers have also studied the relationship between block ownership and governance quality. Core, Holthausen, and Larcker (1999) found that CEO compensation is lower among firms in which an external shareholder owns as least 5 percent of the company shares. Similarly, Bertrand and Mullainathan (2000) examined the relationship between representation by a blockholder on the board of directors and so-called “pay for luck.” They found that companies with blockholder directors are less likely to give pay increases for profit improvements that result from industry conditions outside the executive’s control. This suggests that external blockholders might be better monitors of managerial performance and compensation. 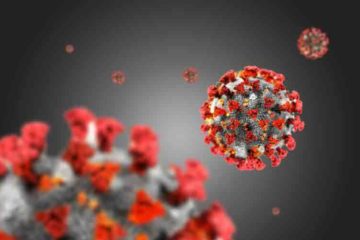